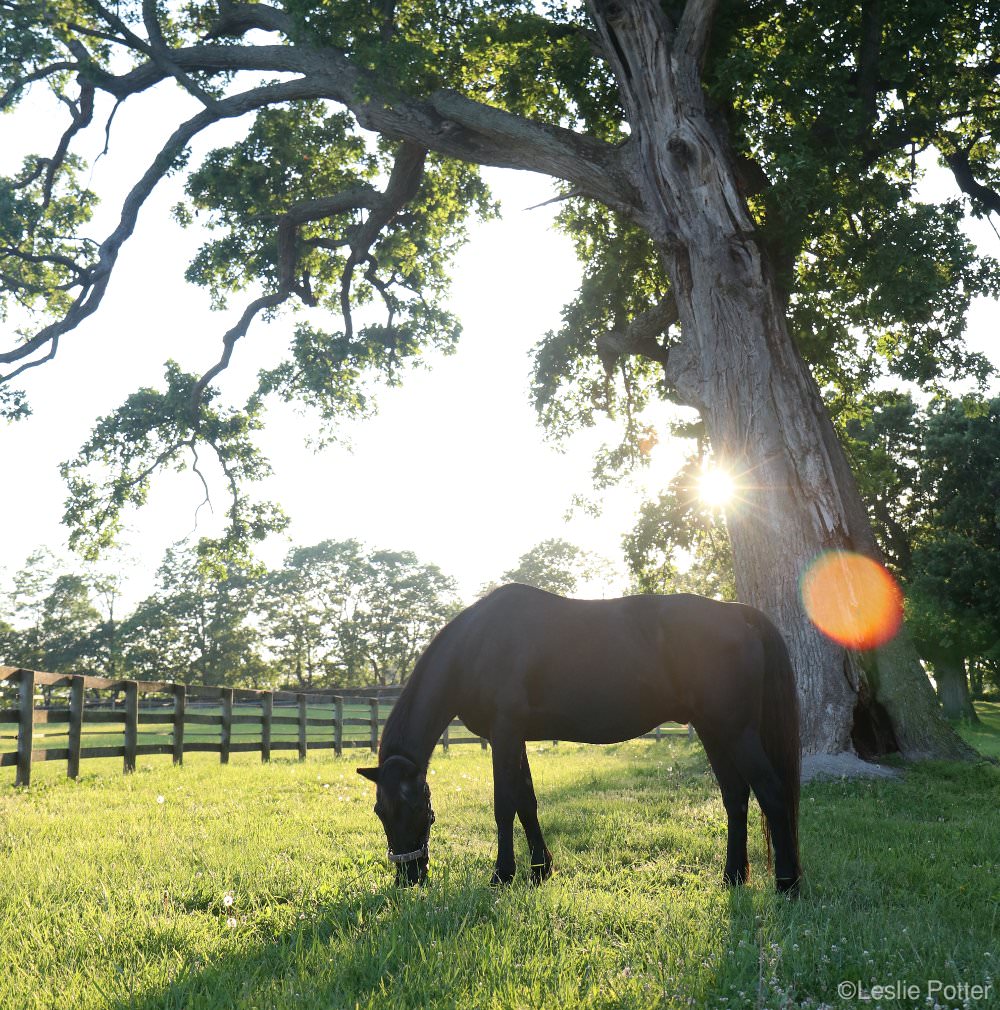 I’ve been thinking a lot lately about the role I play in my horse’s life. I’ve been his only rider for more than a decade and his sole caretaker since I switched to self-care board seven years ago. He’s 29 now, and removed from any of my personal equestrian goals. That means I can devote every minute I spend with him to making sure his later years are truly golden.

Recently, after an evening hack around the farm, I declared my intention to ride Snoopy lightly but frequently through the winter. A bit of exercise would do both of us good this time of year. He’d felt energetic on that ride. I felt good about my intentions.

The following day, a co-boarder called me to say that Snoopy was showing neurologic symptoms–sidestepping and appearing unable to walk a straight line.

The diagnostic process wasn’t straightforward, and the result isn’t exactly concrete, but my vet confirmed that Snoopy is neurologic. Essentially, he has poor proprioception on his left hind leg; he doesn’t really know where it is in space. He’s not in pain, and he gets around just fine. But his body is never quite straight. He drifts as he walks from point A to B. He’ll never pass a sobriety test.

I’d honestly never given much thought to neurologic syndrome. I thought of “neurologic” as another way of saying EPM, but there are lots of other things that can cause symptoms. My vet said EPM was possible, but not likely in Snoopy’s case. In old horses, it’s often something physical rather than the result of an infection or disease. He could have tweaked his neck while rolling, for example. He could have even had a minor seizure.

There are diagnostic tools, but they’re expensive and don’t guarantee an answer. And the prognosis and course of action is going to be the same regardless of the exact cause: retirement. Not the vague, semi-retirement he’s had for the last three or four years, but an abrupt stop to all riding.

My vet, trying to soften the news, I suppose, did do some musing out loud.

“You could ride him. Just at a walk. Just don’t go down any hills. And know that you’re riding at your own risk…”

And I meant it. I took my saddle home. My daily visits are just to present him with a smorgasbord of soaked alfalfa cubes and senior feed garnished with ground flaxseed and a joint supplement. Sometimes I feed him bits of a smushed apple. Sometimes I let him wander around the barn and visit his neighbors before I turn him back out. He holds his own in the herd despite being the oldest and the smallest by a pretty large margin.

He seems content. His eyes are bright and his famously expressive ears are always pricked. He even seems to be putting on weight, which has been a struggle for the past year or so. There’s a hollowness in my chest when I think about how I’ll never ride him again, but it’s a fleeting feeling. He still makes me so happy. I can’t help but smile when he marches crookedly to the barn when I go out to bring him in for his grain. I’m still in awe when the sun hits his coal-black coat, somehow still shiny despite the fuzzy winter growth. 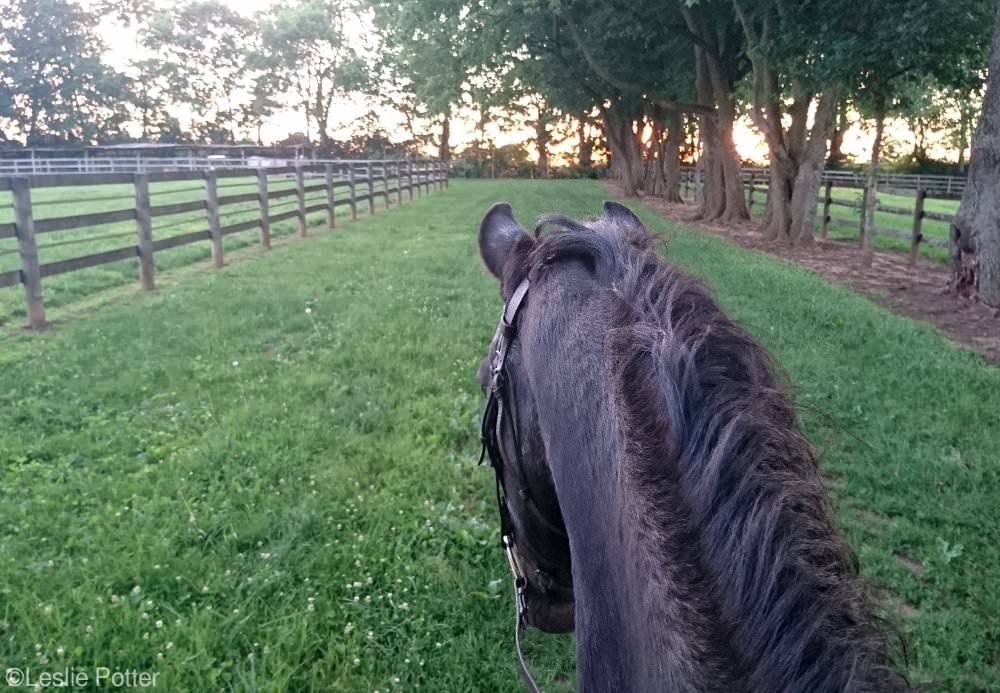 I will miss this view, though.

Snoopy’s condition isn’t terminal, but with older horses, you never really know how long you have. It’s an upsetting feeling, if you let yourself dwell on it, but it’s the bargain price we pay for the joy they bring us. Every day that I get to hear him nicker is a good one. I feel like it’s my job now to make sure every day of his life is one where he feels safe, comfortable, and happy, the way he’s always done for me.