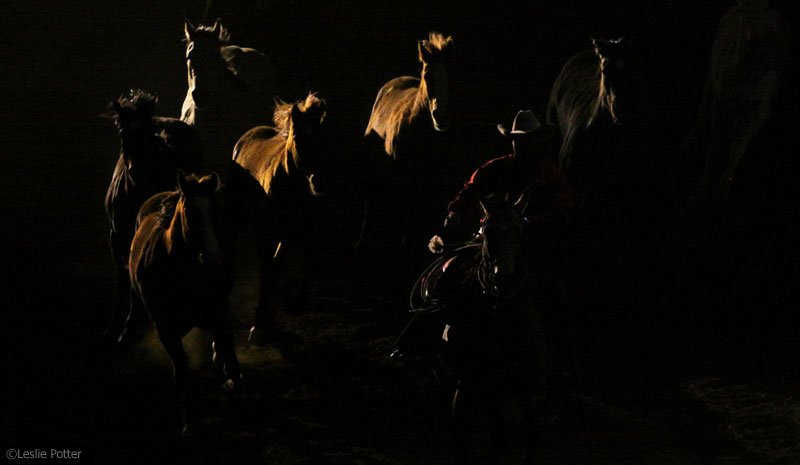 What’s going on at your barn on a typical Monday around 2:30 in the afternoon? At my barn, there will be a lesson or two going on in the arena and we’ll be getting ready to do the afternoon feeding. This coming Monday, however, we’ll all stop what we’re doing to put on funny looking glasses and stare straight at the sky.

For months, everyone has been talking about the rare total eclipse that will make its way across the U.S. on Monday, August 21. The path of totality (a fantastic sci-fi-sounding term if I’ve ever heard one) spans a diagonal path across the continent beginning in Depoe Bay, Oregon, at 10:17 a.m. local time and ending in Charleston, South Carolina, at 2:47 p.m. Those along the path will experience a total solar eclipse, meaning the moon will appear to completely block the sun. But even if you’re not in the path, most of North America will see some degree of eclipse.

The path of totality clips the southwestern corner of Kentucky. Here in Lexington, we’ll have a 95 percent eclipse. How will that affect the equine residents of the Horse Capital of the World? As previously mentioned, their human handlers might stop what they’re doing to don eye protection (hopefully) to stare at the sky. So they’ll have to deal with that.

For those in the path of totality, daylight will quickly dim to twilight. The temperature could drop approximately five degrees Fahrenheit. While it won’t be as sudden or startling a change as when, say, the power goes out in the indoor arena during your evening riding lesson, your horse might react to the change in light and temperature. You know, unless he’s too busy grazing.

How Animals Respond to an Eclipse

According to National Geographic, there are accounts of cows returning to the barn during an eclipse, as if the sun were setting. During a 2001 eclipse, Giraffes foraging near a watering hole reportedly stopped eating and started running around during the darkness, then resumed their normal grazing routine when the light returned.

Other species might share the human trait of stopping and gawking. Dr. Douglas Duncan, director of the Fiske Planetarium at the University of Colorado, tells TIME that he witnessed a group of dolphins and whales silently surface during a total eclipse near the Galapagos Islands in 1998.

If you, like me, immediately pictured a group of dolphins in eclipse glasses hanging out at the surface of the ocean, you’ll love the mental picture created by Dr. Duncan’s next story. During a 1994 eclipse in Bolivia, a herd of llamas suddenly appeared around a group of humans watching the event unfold.

“For the life of me, I can’t tell you where they came from,” Duncan said. “When the total eclipse ended, the llamas kind of got themselves into a rough line and they marched away.”

There are many accounts over the centuries of birds behaving strangely during eclipses. In some cases, certain species of birds became more active. In others, they went from normal daytime squawking to dead silence. In what is probably a 16th-century version of fake news, astronomer Christoph Clavius reported that “the birds fell down from the sky to the ground in terror of such horrid darkness” during a 1560 eclipse in Portugal.

Recording Horse Behavior During the Eclipse

Okay, but what about horses specifically? There isn’t a lot of info about how our equine friends behave. It’s possible that it’s because they don’t react much—there’s grazing to be done, after all. However, if you’ll be out at the barn on Monday afternoon, you can help compile some data as a citizen scientist through the Life Responds project.

Because total eclipses are such a rare event, it’s impossible for scientists to gather enough data to study the ways in which animals react. Download the iNaturalist app for your smartphone, then use it to join the Life Responds project and record your observations about how your horses behave before, during, and after the eclipse. And if you’re not at the barn, you can share observations about your cat, the birds at the park, the spider in your office break room, or whatever species are in your immediate vicinity.

There is one horse-related aspect of a total eclipse that will be of interest to breeders and racing fans. The great Thoroughbred racehorse and highly influential sire, Eclipse, was born during a total eclipse in England in 1764. The stallion was undefeated in his 18-race career and today appears in the pedigree of the vast majority of modern Thoroughbreds. The top honors in American racing, the Eclipse Awards, are named for him.

You can read a profile of the great Eclipse over at the Paulick Report.

It’s surely just coincidence that one of history’s greatest racehorses was born during this astronomical event. But if you happen to be a superstitious horse breeder and have a mare with a very unusually late foaling date of August 21 this year, well, may the odds be ever in your favor.

Featured Video: Stuck in the Snow? Call in the Horses!