Several times each month, Mary Lou Spellmeyer travels the hour to Longmeadow Rescue Ranch in time to bring horses in from their nighttime turnout and begin the morning feeding ritual.

Spellmeyer became a volunteer at Longmeadow in 2010—about the same time she returned to the St. Louis, Missouri area. She didn’t have much experience with horses then, but she was willing to learn and eager to connect with the community.

“I really knew nothing [about horses] and I was quite fearful of these huge animals,” she recalls. “But when I moved back to the St. Louis area, I was at a kind of loss. I didn’t have any children to raise, so I thought, ‘Let’s see [what’s happening at] Longmeadow,’ and I thought about volunteering.”

Depending on Volunteer Hours

Spellmeyer is not alone. According to the U.S. Department of Labor Statistics, more than 62 million people volunteered for an organization between 2014 and 2015. More than 41 percent of those became involved with the organization of their own accord without being asked to help out.

More specifically, the 2017 American Horse Council (AHC) survey revealed that 1.37 million people were involved in horse-related volunteer activities. And in 2018, the service of each volunteer was valued at $24.69 per hour, according to Independent Sector, a national membership organization of nonprofits, foundations and corporations.

Statistics notwithstanding, volunteerism is critical to the success of most horse adoption organizations, says Jennifer Williams, Ph.D., executive director and founder of the Bluebonnet Equine Humane Society in College Station, Texas, and author of How To Start and Run A Rescue.

“We only have one employee—me—so almost everything at the rescue is done by volunteers, from serving on the board and fundraising to marketing and checking up on adopted horses,” says Williams. “There’s a tremendous amount that goes into the work behind the scenes that [allows] the rescue [to operate].”

A Job for Everyone

Much of that work involves interacting with horses, according to Tawnee Preisner, president of the Horse Plus Humane Society. So horse-savvy volunteers at Horse Plus do everything from grooming to exercising.

“They also assist our trainer with working the horses and data collection while the trainer is evaluating horses,” says Preisner. “The volunteers are also able to exercise the horses on trail rides on occasion, which is the highlight of volunteering [for many].”

At Longmeadow, the animal shelter for the Humane Society of Missouri (HSMO), volunteers are called ranch assistants, and they do everything from feeding and watering to cleaning stalls and mowing grass, says Anne McLaughlin, HSMO communications coordinator.

“They also provide our horses with positive human interaction and support a horse’s comfort and confidence around new people,” McLaughlin adds.

But while most horse adoption organizations rely on volunteers to do all kinds of tasks, becoming a volunteer generally requires more than just showing up. In fact, most organizations require that volunteers undergo training programs and more.

“We ask all [prospective] volunteers to complete an application and pay a $10 fee,” says Jerry Finch, founder of Habitat for Horses. “The fee does two things: it removes those who only want to show up for a couple of hours and never come back, and covers the cost of the criminal background check, which we do on everyone.”

In addition, all volunteers are required to sign a release holding the organization harmless from liability, and each is given a copy of the organization’s rules, including no hand-feeding and putting a hand on a horse while walking around it.

“There are hundreds of little things that experienced horse people know, but new folks never [do],” says Finch. “Those are what we want to convey to them.”

At most organizations, volunteers may sign up for specific duties or for consistent scheduling. But generally, volunteer scheduling is more fluid.

“Volunteering can be a hard thing to fit in everyone’s busy lives, so we post volunteer opportunities and let people volunteer for as many or as few as they can fit in,” says Williams. “Some volunteers may only be able to give a few hours per year.”

What’s important is that prospective volunteers understand that most of their horse-related activities, from feeding to mending fences, requires hard work.

Even so, volunteers need not be horse savvy to help out at most organizations. For instance, along with caring for the horses, Spellmeyer’s volunteer duties also include leading guided tours of the facility and lending a hand with children’s horse camp activities in the summer.

“We do a lot of tours,” says Spellmeyer. “And I think our job is to educate the next generation—to teach them how to care for animals.”

Meanwhile, some of Bluebonnet’s volunteers perform administrative work, help plan fundraisers and other events, and manage the organization’s public relations and social media activities. Others check up on horses that have already been adopted or are residing in foster homes.

“There is a form with questions to ask the foster home/adopter to fill out, and a list of photos to take,” Williams explains. “That’s all sent to the inspection coordinator, who reviews it. If there’s a problem, we deal with it.”

Finally, its location near Nashville allows Horse Plus to benefit from a group of high-profile volunteers, some of whom are not experienced equestrians.

“Our celebrity volunteers are a tremendous asset to raising awareness of our organization,” says Preisner. “They include actress Payton Christian, who helps with auction rescues and intake, plus singers Ryan Hinkle, Templeton Thompson and Sam Gay, who perform free concerts at our events. Payton has been a huge asset because she has such a big network, and we’re starting to see other professionals volunteer their time and expertise from her network.”

Brought up around horses since her childhood, Christian initially visited Horse Plus last year as a prospective adopter after her own horse died at age 36. Since then, she has adopted a horse and fostered others.

“When a horse goes on to be adopted, I can speak honestly when the adopters ask about his behavior or temperament,” she says of her experience fostering.

Christian has also assisted in rescue operations and with a one-day clinic in California where some horses were euthanized due to age or injury at no cost to their owners.

“Volunteers must realize that they’re going see [things] that they don’t want to see,” she says. “But when you see the horses that are helped, you realize why you do this.”

Ultimately, it’s not just the horses that are helped.

“We have all sorts of folks who just want to come out and be with a horse,” says Finch. “Cops, school teachers, a judge, the occasional stranger that drives into the parking lot and stands at the fence petting a horse … people from high-tension positions that know the magic of unwinding by simply being in a horse’s presence. The few moments between a stranger and a horse is pure bliss for both.

“Call it therapy, a meeting of the minds, or whatever label is appropriate—it’s a healing act for two souls,” Finch continues. “If everyone took the opportunity to spend 10 minutes a week standing quietly with a peaceful horse or donkey, this world would be in a much better place.” 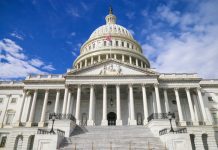 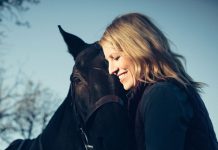