While this article was originally written as a preview for the Tokyo 2020 Olympic Games, shortly after publication the event was cancelled due to the COVID-19 pandemic. It as been rescheduled for July 23-August 8, 2021 in Tokyo, Japan. We’ve updated the text to reflect the change, but we did not change original quotes from sources. In addition, some smaller details may change due to the pandemic.

A beehive of activity has been stirring in Japan since Tokyo was selected in September 2013 to host the Summer Olympic Games and Paralympic Games later this year. Equestrian sports fans will notice a flurry of excitement on the home front as well, since observation of horses and riders as potential team candidates is under way. The teams chosen to represent each country should be announced no later than late June or early July.

The Tokyo 2021 Olympic Games (originally the Tokyo 2020 Olympic Games) will run July 23-August 8, 2021, and the Summer Paralympics will span August 24–September 5; both will include equestrian athletes.

According to the Fédération Equestre Internationale (FEI, the international governing body for equestrian sport), over 11,000 Olympic athletes and around 4,400 Paralympic athletes are expected in Tokyo. The total number of equestrian and para-equestrian athletes will be 60 in dressage, 65 in eventing, 75 in jumping and 78 in para-dressage.

There will be two venues for equestrian sports in Tokyo: the Baji Koen Equestrian Park for everything except eventing cross-country (venue code “EQP” on Olympic signage) located in Tokyo’s Setagaya ward, and the Sea Forest cross-country course (venue code “SFC”), which is situated on an island of reclaimed land in Tokyo Bay.

Tim Hadaway, FEI director of the Games and Championships department, has been to Tokyo on a number of occasions over the last several years as plans for the Games developed. He describes the evolution of the 45-acre Equestrian Park, which is owned by the Japan Racing Association.

“The equestrian park venue is absolutely state of the art,” says Hadaway. “The facilities at Baji Koen, which were the site of the equestrian [competition] during the 1964 Tokyo Olympics, have had extensive upgrades, and it is newly refurbished for the Tokyo 2020 Games. It’s easy to access and compact, as spectators are close to the action in the 9,300-seat stadium.”

According to Hadaway, the Sea Forest cross-country course, which was designed by American Derek di Grazia, offers lovely views of the Tokyo skyline and bay, and will become a public park after the Games. Sea Forest is expected to welcome 16,000 visitors on cross-country day.

“The cross-country course has great viewing for spectators, and the competition can be followed very well,” he says. “I think it will be very exciting for visitors at Sea Forest.”

Hoy gave high marks to the Games organizers. “The equestrian venues were outstanding,” he says. “I’ve been to various test events but have never seen any venue so ready 12 months before the Games. The Organizing Committee has taken care of everything—fantastic footing, very good stabling, et cetera—no stone has been left unturned for the welfare of the horse. The arena surfaces are very good, both for training and competition, and the ground at the cross-country course was fantastic.”

Baji Koen Equestrian Park is a short walk from a number of train stations, and there will also be shuttle buses operating from two of these stations to the park during the Games. The Sea Forest venue can be reached by shuttle buses that run from several stations.

High heat and humidity in Tokyo promises to be a challenge for all athletes competing, but especially for the horses. The FEI has been studying the effects of competition on horses in these conditions for more than 20 years.

“The FEI has been working on optimizing equine performance in challenging climates with specialist David Marlin, Ph.D., since before the 1996 Atlanta Olympic Games,” reports Hadaway. “Work on Tokyo 2020 is a continuation of that. Dr. Marlin has been working with us for the past three years specifically on Tokyo, reviewing historical climate records, analyzing data collected and conducting a research project on horses competing at the Tokyo test event last August. The FEI has provided feedback to minimize the effects of heat and humidity on horses, athletes and their entourages, officials, media and spectators.”

According to Hadaway, the Tokyo 2020 Committee has built air-conditioned stables at both venues. Training and competition are scheduled for early mornings and evenings under floodlights. There will be constant monitoring of the horses by the veterinary team and multiple cooling facilities will be provided (tents, cooling fans, ice and water, and mobile cooling units).

Measures have been taken to provide comfort for humans at the Games, too. Tents for shade and cool-misting fans will be available to spec- tators, officials, athletes and support crew.

The biggest changes to equestrian competition for Tokyo 2020 are twofold: there’s a new format for the team competition, and the individual medals will be awarded first followed by team medals.

The country of Japan includes over 6,000 islands located in the Pacific Ocean off the eastern coast of continental Asia. It’s the fourth largest island nation in land mass, but it’s the second largest in terms of population.

Among the country’s five major islands is Honshu, where the capital city of Tokyo is located. The Greater Metropolitan Tokyo Area, which is now home to over 38 million people, first hosted the Summer Olympic and Paralympic Games in 1964. Japan is a country with an interesting mix of deep-seated traditions and ultra-modern technology. Visitors can immerse themselves in everything from ancient history to anime (hand-drawn and computer animation originating from Japan) to the beauty of nature in Japanese gardens and parks to a rich tapestry of art and cultural offerings.

Beyond the sports action, Olympic visitors will have quite a few tourism choices in Tokyo and the surrounding area.

“The equestrian park, situated within Tokyo, is just a short metro journey to most of Tokyo’s main districts like Shibuya, Shinjuku and Ginza,” says Hadaway, for those wanting to sightsee in addition to watch the sporting action. “There’s plenty of shopping, nightlife and eateries, as well as Tokyo highlights, which include the Imperial Palace, Tokyo Skytree, Tokyo Tower, the Senso-ji Temple, the Meiji Shrine and others.”

For those who will be rooting for the U.S. Equestrian Team from home, the NBC network of channels (NBC, the Olympic Channel, CNBC, MSNBC and Telemundo) will be airing Olympic coverage in the United States.

An equestrian sports coverage schedule, which may also include online livestreaming, should be available closer to the Games at www.usef.org and www.nbcolympics.com.

No matter how you watch, it’s sure to be a thrilling Olympic Games with top equestrian competition as athletes vie for gold!

This article of a preview to the equestrian events of the Tokyo 2020 (now 2021) Olympic Games appeared in the February 2020 issue of Horse Illustrated magazine. Click here to subscribe! 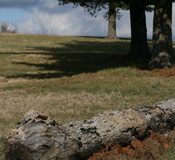 Make Your Own Cross-Country Jumps