The United States driving team made history on the final day of the FEI WEG Tryon 2018, winning its first-ever gold medal for the discipline.

The last test in the three phases of combined driving is the cones test, where drivers navigate a course of pairs of cones in the arena. The cones are set just eight inches wider than the carriages, leaving very little room for error. Each cone is topped with a ball and knocking down a ball adds four penalty points. The course has a time limit and any time over that limit also adds penalties.

Misdee Wrigley-Miller was the first American on the driving course at 2018 WEG, and she added 32.93 penalties to her score. Jimmy Fairclough added 12.07. Then Dutch driver Bram Chardon completed the first and what was ultimately the only fault-free cones driving round of the day, putting on even more pressure at 2018 WEG. His father/teammate, Ijsbrand Chardon, was next with just 4.10. The final driver for the Netherlands, Koos de Ronde, had an impressive finish with just 5.79 points, which was the team’s drop score.

The final American driver on course was Chester Weber, who stood in second place individually. He went clear and just over the time, adding only 2.77 points to the U.S. team’s score, good enough to stay ahead of the Netherlands to take home the first-ever gold medal for a U.S. driving team at 2018 WEG. Weber’s score also kept him in silver medal position individually, with only Australia’s Boyd Exell left to go.

Exell proved why he’s the top four-in-hand driver in the world, steering his team of black Warmbloods to a near-perfect round, adding just 0.53 points to his score to secure individual gold, just like he did at the 2014 and 2010 WEGs.

It was a historic 2018 WEG moment in the show jumping arena today as well. Germany’s Simone Bluth became the first woman to win individual WEG gold in jumping, and she did so with a decisive victory aboard her mare, DSP Alice.

Blum had to be feeling the pressure of her own success, having completed every single round in show jumping’s long schedule without knocking a single rail at 2018 WEG. Her cumulative score for the first four rounds consisted of just the 2.47 penalties she’d picked up on the very first day.

The top 25 individual riders completed Round A on Sunday morning, and from there the top 12 return for Round B, which determines the final standings. All four American riders made the top 25, and three of them—Adrienne Sternlicht on Cristalline, Laura Kraut on Zeremonie, and McLain Ward on Clinta—returned for the final round at 2018 WEG.

Sternlicht finished the final round of her first-ever major championship with just one rail and two time penalties, putting her in 11th place overall at the end of the day.

Kraut, who had put in two phenomenal double-clear rides in the preceding two rounds, finished the final round with nine penalties, ending the WEG in 10th place overall. Ward had just one fault, which put him just off the podium in fourth place.

Blum entered the last round with a rail in hand, but she didn’t need it. She and DSP Alice cleared the final course with no jumping penalties and just one time fault to keep their score securely ahead of Martin Fuchs and Clooney of Switzerland. Steve Guerdat and Bianca, also of Switzerland, finished with the bronze.

Your WEG Moment of the Day for Sunday, September 23, 2018: Bram Chardon of the Netherlands celebrates after completing the first and only clear cones round in the final phase of combined driving and gets a congratulatory hug from his groom. Bram is part of the Dutch team along with his father, Ijsbrand. 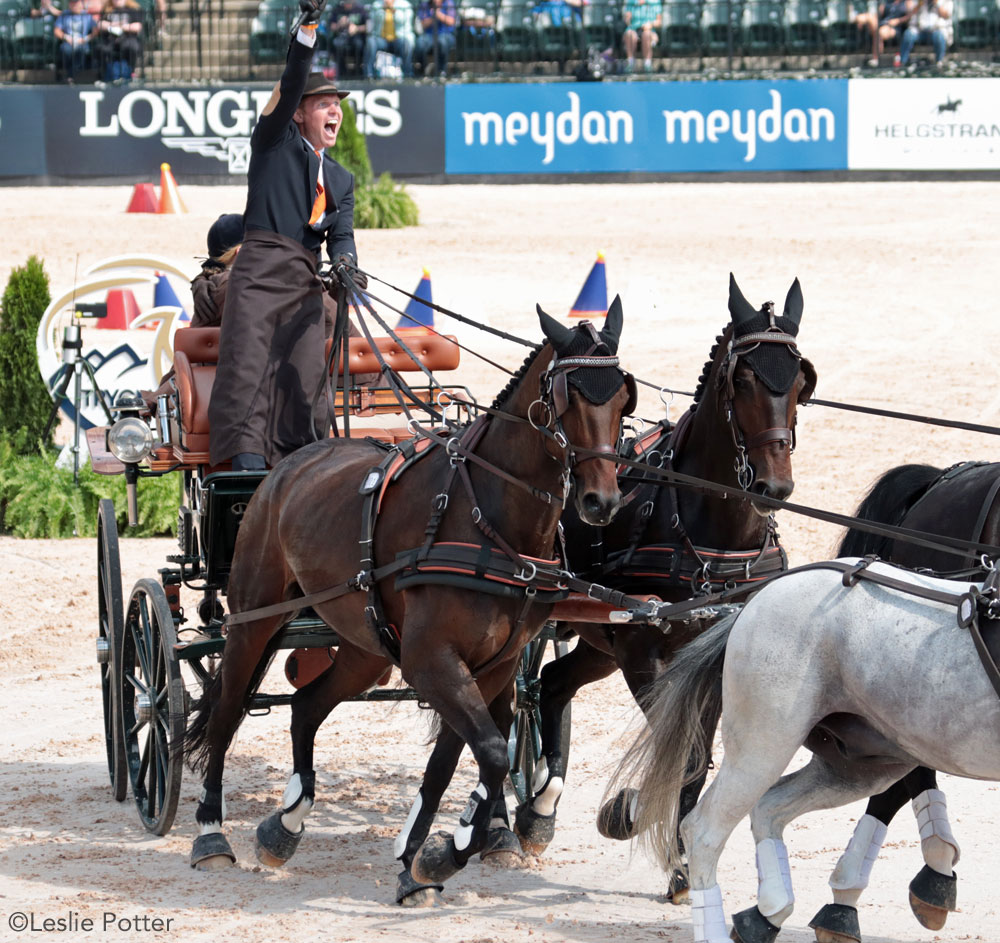 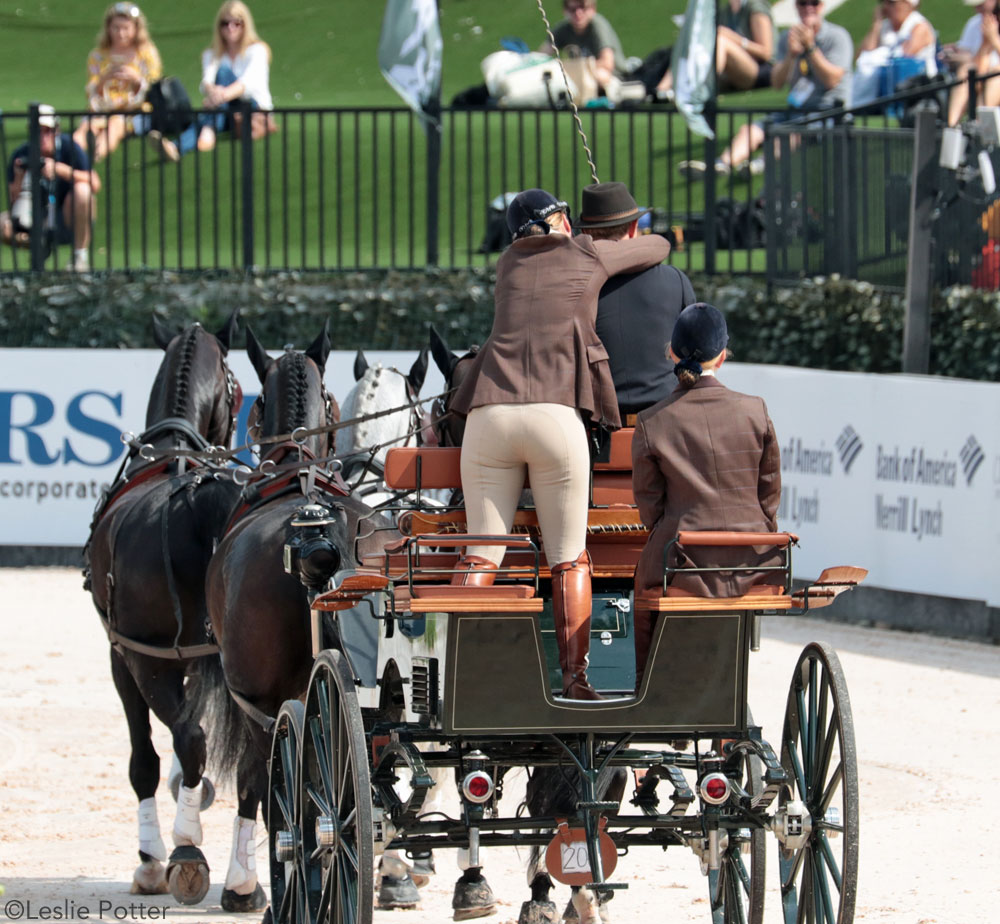