Read on to learn more about the USA driving team that was named by US Equestrian for the 2018 World Equestrian Games that are to be held in Tryon, NC. 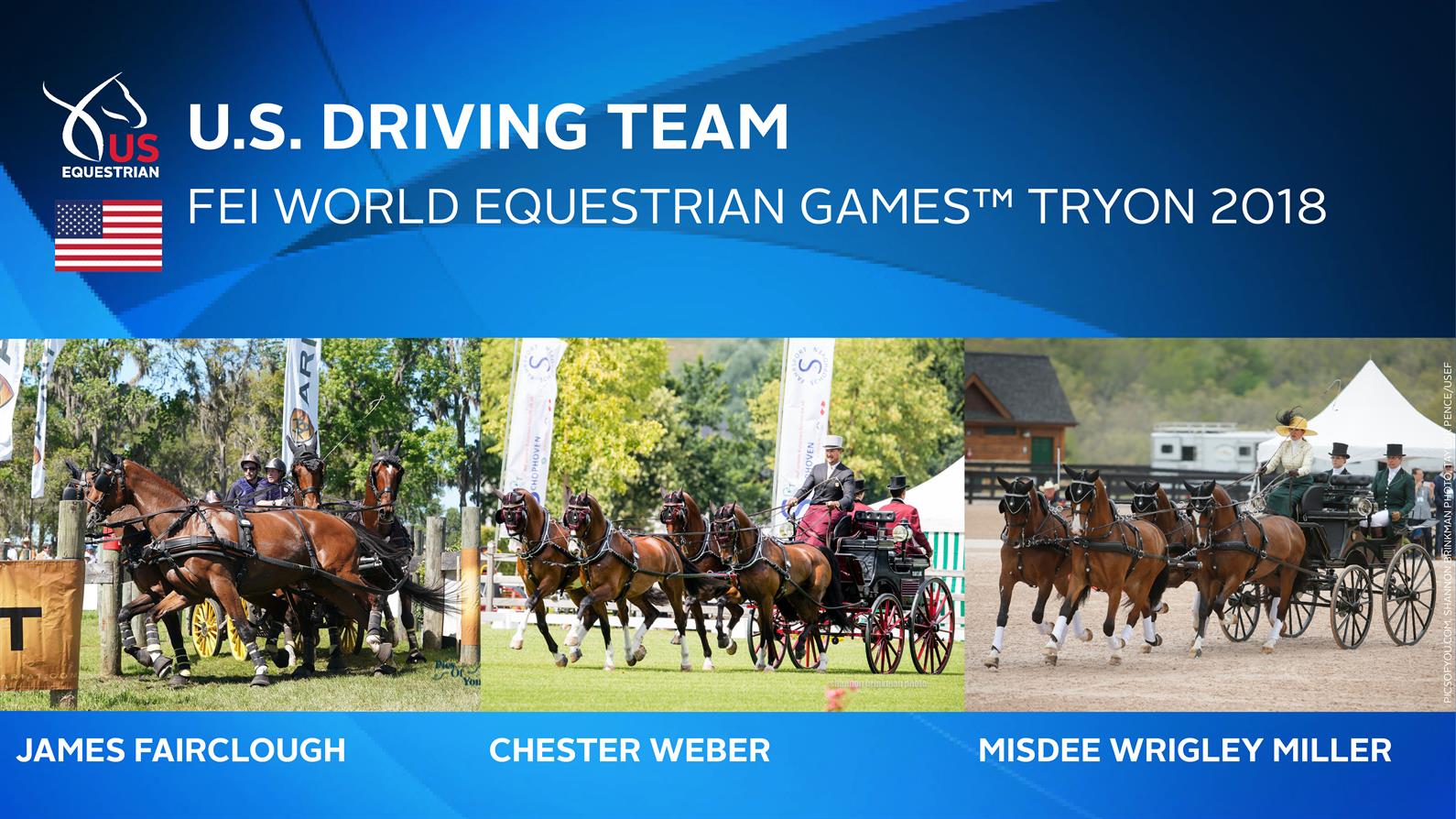 The following combinations have been named to the U.S. Driving Team for the WEG (in alphabetical order):

Additionally, the following combination has been named as the reserve to the U.S. Driving Team for the WEG:

U.S. Drivers Hold on to Top Spot after Marathon Phase at WEG