Here is an article from a fellow veterinarian and his adventures of being an equine dentist where he performs many dentals a day:

The morning air was cool and the sky streaked with swaths of pink and gold as I climbed out of my truck, coffee cup in hand. I had six dentals lined up at a nice barn where I did quite a bit of vet work, and I wanted to get an early start because it was getting hot earlier and earlier in the day.

I was hauling my equine dental floats and headstand down the barn aisle when a boarder came around the corner. She was leading a bug-eyed horse who skittered sideways at the sight of me and the equipment. The lady had her hands full for several minutes trying to gain control of her big horse, and visualizing the horse trampling my stuff, I dragged it off to the side of the barn aisle. The tote made a loud rattling sound. 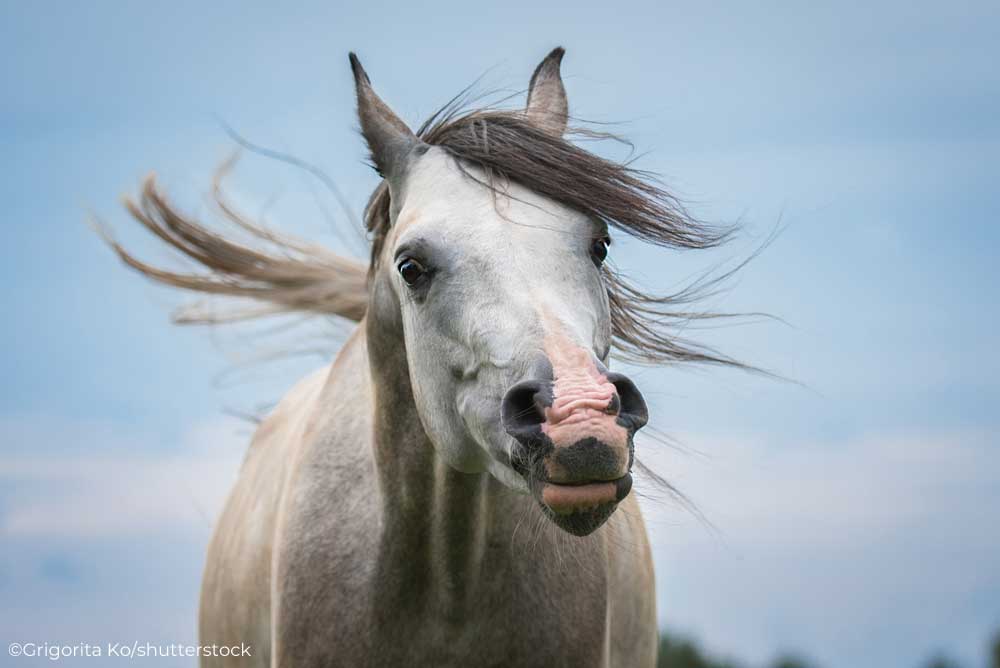 “Don’t move!” she barked. I wasn’t clear who she was addressing—me or the horse—but I waited for her to get out of my way so I could continue to my waiting patients. I tapped my foot and looked at my watch.

When the horse looked a little less bug-eyed, and had three out of four feet on the ground, the woman studied me.

I said that I was.

“What’s your training and how much do you charge?”

“I’m sorry, but I don’t have any room in my schedule today,” I said pleasantly, thinking that this wasn’t going to go well. “I’m happy to schedule you for another visit.”

“Vincent LeBeau, the equine dentist, flies in to take care of my horses. He’s a miracle worker. Last time he did their teeth, he equilibrated their TMJ joints for maximum athletic performance. My sweet Belladonna was having problems with her right lead and he fixed her. He also says that vets don’t know anything about teeth because they don’t get any dental training in vet school.”

I sighed. I was a well-seasoned equine practitioner, and over the years I had devoted a great deal of time and money pursuing advanced equine dentistry training. I had honed my skills on hundreds of horses and took pride in my work, yet I had heard this false rhetoric more times than I could count.

Somehow the disciples of Vince and other lay-floaters like him assumed that I knew absolutely nothing about teeth and had no business doing equine dental work. It was ironic, especially in light of the fact that calling oneself an equine dentist without the requisite schooling and certification was illegal, as was performing medical procedures on animals without a veterinary license.

Vince and his ilk were like a disease among the horse owners, and it was exhausting to spend time and energy educating clients on proper dental technique and safe sedation, only to watch a percentage hop on the Vince-TMJ-equilibrating-bandwagon anyway. Occasionally he’d get reported to the state veterinary board and some pencil-pusher would send a half-hearted cease and desist letter, but the law had no real teeth, and Vince knew it.

It was amazing the nonsense that people would believe, and boring old me with my boring old rooted-in-medicine-and-science approach and lack of miraculous skull adjustments just couldn’t compete. Maybe if I started wearing a tutu to my dentals and flung glitter everywhere, I’d be more interesting.

Debunking the Man & His Myth

I sighed and commenced rolling my gear down the barn aisle. It was pointless to engage with this woman, and I had a lot of work to do. Good ol’ Vince could have her.

But she wasn’t done with me yet.

“You should take Vincent’s dentistry course! He certifies equine dentists all over the country. Maybe you could shadow him for a day!”
I gave her a pained smile and kept walking. I was not going to respond; I was going to keep walking and keep my mouth firmly shut.

“It would be an amazing opportunity for you,” she called. “You shouldn’t let your ego get in the way of a chance to learn from an expert!”

I dropped my equipment with a thud and marched back to the woman and I said every single thing that I’d been wanting to say for months about illegal fake dentists and sedation and Vincent, and skull adjustments and ridiculous TMJ nonsense and non-existent lead change improvements. Her mouth hung open as I drove a few more points home, then I wrapped it up with a grand finale on veterinary practice laws.

Satisfied, I marched off to my waiting clients, performed my six dentals with aplomb as though a room full of Vincents were watching, then packed up and left.

I was back the next day to look at a lame horse, and the owner rubbed her hands together anxiously as I palpated the leg in question. I found a flexor tendon that was warm and swollen, and a quick ultrasound showed a moderate tear in the structure.

I was explaining the treatment plan to the woman, detailing what the next few months would look like, and she studied me doubtfully. I could always tell when a client was about to defect to another treatment guru, and she definitely had that look in her eye.

Sure enough, I was at the barn a few weeks later and there was Vincent LeBeau, performing a skull adjustment on the horse with the tendon injury and waving some sort of wand at the horse’s torso. Soon after, the horse reinjured the leg in his stall.
I was rechecking an ultrasound one day and gleefully waited to hear her denounce Old Vince as the quack that he was.

“Dr. Diehl, thank goodness for Vince! He’s doing a lot of healing body work on my horse and it will help prevent future injuries. You really should consider studying under him!”

The Joys and Challenges of riding a Gray Horse