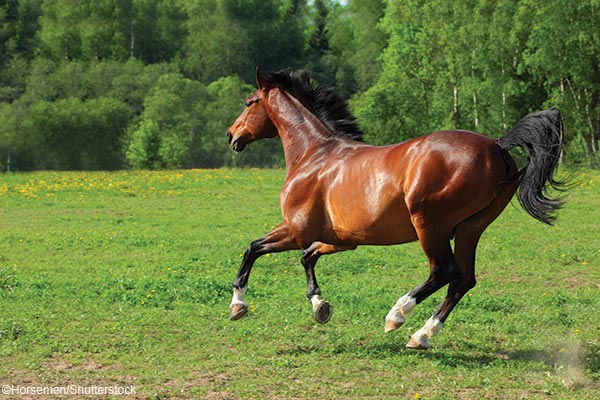 It didn’t look like very much equipment, I thought, as I watched the representative from the company unpack the few boxes that had arrived. A large centrifuge was parked on the counter and a small container of cartridges sat nearby. A box full of glass vials rested on top of the centrifuge. Was this high-tech healing technology?

“Is that it?” my tech asked incredulously, and I silently agreed. For the high cost of the set-up, we’d both expected, well, something a little more impressive.

I’d been recommending regenerative medicine for quite some time—essentially using the horse’s own cells and proteins to promote healing in injured joints and tendons. There were different types of high-tech healing options in regenerative joint therapies, commonly known as IRAP (interleukin-1 receptor antagonist protein) and PRP (platelet rich plasma).

This particular company that we were working with offered both in the same sample. It seemed like a no-brainer, and after studying the available research, we’d concluded that this was what we wanted to go with.

Latest and Greatest
I tended to be reluctant about embracing new technologies until their value had been conclusively established, as I’d seen a lot of so-called “miracle cures” come and go over the years—some with disastrous consequences for the patient.

But this technology was gaining respect, and now there were field kits that did the sample processing right on the farm, rather than having to send it to a lab. In a burst of rare progressive thinking, I’d joined forces with another vet and a generous client and here we were, ready to learn how to process the blood to extract the healing cells and proteins!

The company rep was thorough and professional, and soon we felt confident enough to try it out on a few patients, one being a middle-aged Hanoverian gelding named Frankie. He had a chronic injury to his pastern joint, and I’d kept him relatively sound over the years with joint injections, but their efficacy had become shorter and shorter lived, and it was clearly time to try something else. The owner wanted to keep riding Frankie, who’d been athletic in his day, and we all hoped that the new therapy would be the solution. 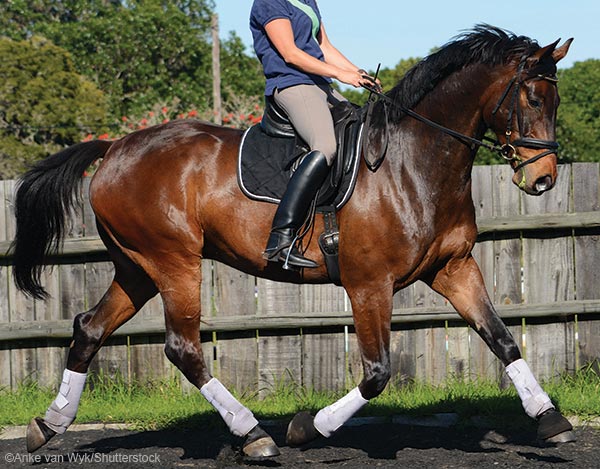 High-Tech Healing Test Case
The sample processing went smoothly, and it seemed anticlimactic to inject the joint with the unimpressive several milliliters of reddish fluid obtained after processing Frankie’s blood. As I bandaged his leg, I wondered what the outcome would be.

The rep had warned us that it might take several weeks to see results, and after waiting impatiently, we all regrouped at the barn to assess Frankie’s improvement. He’d been on a hand-walking and turnout regimen, but no longeing or riding.

He jittered along as his trainer, Lindsay, led him to the arena, and he pranced impatiently as the longeline was snapped onto his halter. She waved an arm at him to send him out on the circle, and Frankie shook his head as hard as he could, ran sideways, reared, sped furiously in three or four tight circles, skidded to a halt, snorted, planted his feet and refused to move.

Lindsay shook a longe whip gently at his rear, and he tucked his tail and pinned his ears but didn’t take a step. She popped it loudly behind him and he kicked out viciously but still didn’t move.

No one said anything, and Lindsay walked up to his head and firmly sent him away again. He rattled a breath sharply, head high in the air, then took off again, this time in the other direction running as fast as he possibly could on the longeline, twisting and kicking out periodically.

I lost count of how many circles he’d completed at a gallop, and he was starting to wear a deep track in the soft arena footing. Lindsay didn’t try to intervene and just let him run until the furious pace slowed and he finally settled into an athletic extended trot, each forelimb seeming to hover for a beautifully suspended moment before landing softly in the dirt.

I took a deep breath and let it out slowly as I watched him, his movements flawless. We were all ecstatic, and there was much high-fiving and hugging as Frankie paraded grandly around the arena.

Miracle Cure?
After his high-tech healing treatment, I cleared him to gradually return to work, and over the next few weeks, Lindsay and the owner slowly brought Frankie back up to speed. Lindsay gave me frequent updates and I was thrilled after receiving each one. Lameness is so challenging for veterinarians, and to have a new, successful weapon in the arsenal to bring an injured patient back to soundness was nothing short of miraculous.

I was still floating on cloud nine when Frankie’s owner, an abrupt woman named Mavis, called one day and brought me back to earth with a thud.

“Dr. Diehl!” she barked into the phone. “I’m very upset and I have a complaint about Frankie.”

My heart sank. Mavis could be formidable, and this was probably not going to go well.

“I’m sorry to hear that, Mavis,” I said, sounding more calm than I felt. “What seems to be the problem? Lindsay has been giving me such positive …”

“Oh, er, I’m terribly sorry to hear that,” I said blankly, wondering how on earth this could possibly be my fault.

“This is precisely what happens when you have a great veterinarian who fixes your horse!” she snapped. Then her voice caught, “And he’s his old self again. I don’t know how to thank you, Dr. Diehl.”

I didn’t know that getting bucked off could generate such a sweet response, but I went with it. I was stammering a reply, when Mavis briskly interrupted me again.

“Why in the hell didn’t you do this six months ago?!”

COURTNEY S. DIEHL, DVM, has been an equine veterinarian since 2000. She is the author of Horse Vet: Chronicles of a Mobile Veterinarian and Stories of Eric the Fox, first-place winner of the CIA EVVY award. She is currently working on her third book.

This article about high-tech healing originally appeared in the July 2019 issue of Horse Illustrated magazine. Click here to subscribe!