Here is a story about breech dystocia from an experience with a fellow veterinarian:

I was driving as fast as I dared. The roads were wet and slippery, and I could feel my tires lose and regain their grip on the road as I rounded the curves, my equipment rattling in protest. Where was the stupid turn to the farm? I’d already traveled a good distance up the canyon. Had I missed it? 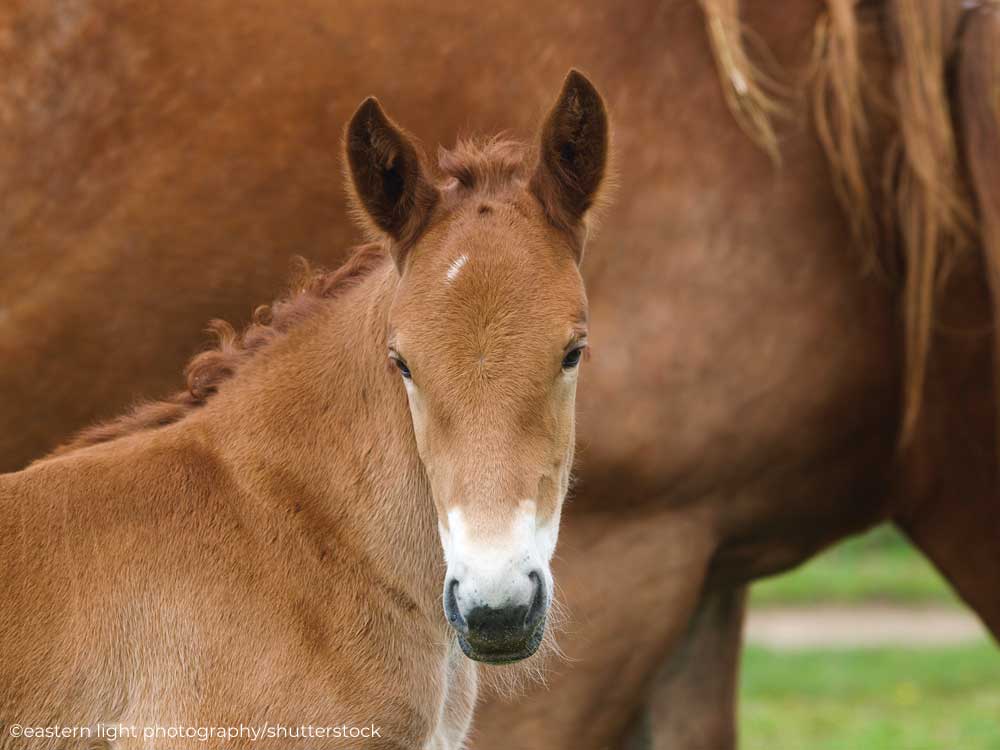 Rain splattered against the windshield as my wipers beat a steady tempo. I clenched the steering wheel tightly.

Evelyn was pacing in front of several buildings and threw up her hands angrily as she spotted me speeding towards her. I skidded to a stop, leapt out and threw some things in my tote, running after her as she flung open the door to a nearby run-in shed perched on a small hill. My heart sank as I peered in and looked at my patient, a huge draft mare standing miserably in the corner. Her sides heaved and she was lathered with sweat. Two feet protruded from under her tail. Two large feet.

I examined the mare and in dismay, I realized that they were hind feet. It was a breech dystocia, meaning that the foal was positioned wrong and was trying to come out rear-end first, a dreaded presentation. Given the size of this baby, my odds of success weren’t going to be good at all. 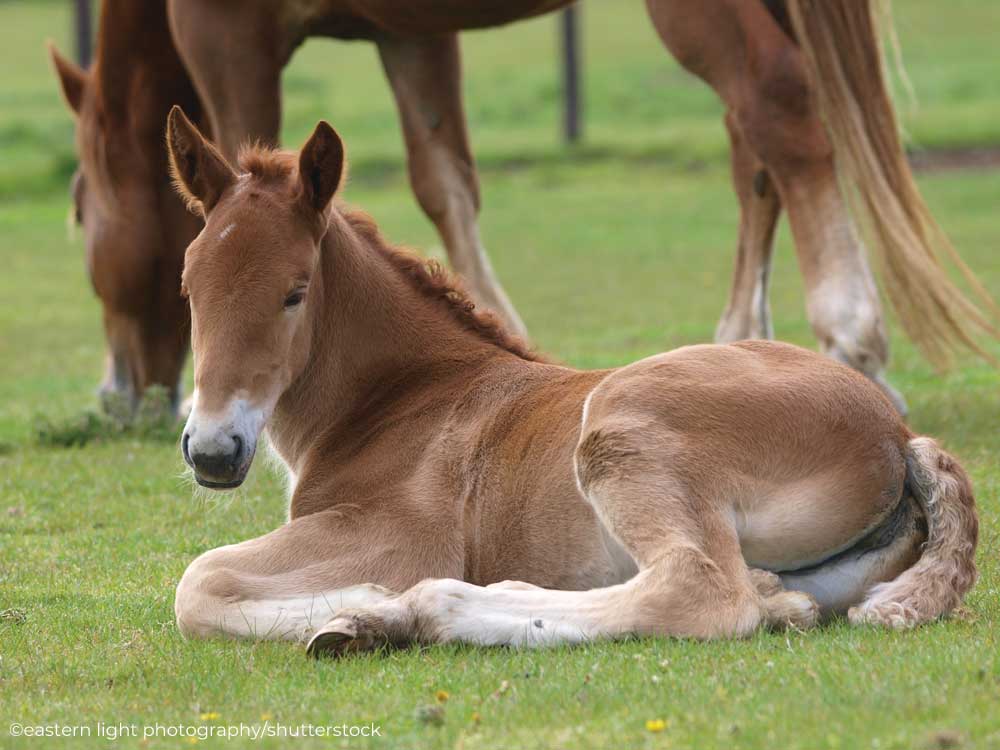 I had no helper with me—it was only me and Evelyn to tackle the breech dystocia. And she had no trailer and no way to bring the mare to a hospital.

I took a quick set of vitals on the mare and sedated her heavily. I wrapped her tail in a bandage and quickly washed her up, pumping some lube into her. Evelyn and I each took hold of a foot and began alternating traction. We made a little progress, but the foal was stuck tightly, and soon we couldn’t move it any further. The mare pushed a few times then stopped, her head hanging low.

If I didn’t think of something quickly, we were going to lose them both. I needed an overhead hoist, a whole team of strong people, and a referral hospital, not two people in a cold, damp shed.

I returned to the truck for more sedation and more lube. I attached a set of obstetric chains to the feet and we took turns pulling, but the foal wouldn’t budge. If I didn’t think of something quickly, we were going to lose them both. I needed an overhead hoist, a whole team of strong people, and a referral hospital, not two people in a cold, damp shed. What was I going to do?

The mare started to push again and began to stagger around the stall, the foal’s feet waving feebly. She circled for several minutes, then abruptly crashed to the ground, groaning.

Turning the Tide of Breech Dystocia

I studied her and realized that her position could actually work to our advantage. The run-in shed sat on a slight hill, and her body and hindquarters were now angled downhill. We quickly opened up the door, positioning ourselves just outside the shed, and connected the chains again.

Evelyn took one foot and I took the other, and on the count of three, we braced ourselves and pulled together. The mare lifted her head briefly and pushed again, and wildly I imagined that I could feel the foal moving towards us.

Little by little, the foal slid towards us, and soon the hips were out, then the torso, and finally the foal was out completely. But he wasn’t breathing, and I couldn’t feel a heartbeat.

We stopped for a moment, and Evelyn gasped, “Dr. Diehl, it’s working!” Sure enough, the hocks and upper limbs were visible, and we seized the chains and pulled in rhythm with the mare’s pushing. Little by little, the foal slid towards us, and soon the hips were out, then the torso, and finally the foal was out completely. But he wasn’t breathing, and I couldn’t feel a heartbeat.

We spun him around, angling his head and neck downhill, and frantically I compressed his chest as Evelyn blew into his nose. I kept checking for a heartbeat, and thought I was imagining the flutter under my fingers until the foal took a gasping breath and his limbs pedaled slightly. I injected a respiratory stimulant and some other medications to help him recover, and gradually he was able to sit up, then finally stand.

The mare had gotten to her feet shakily. I gave her some pain medications and started antibiotics for good measure. It was several hours before I was able to leave, but as I drove off, more slowly than I’d arrived, the foal was nursing well and the mare was happily munching hay. It was an absolute miracle. The breech dystocia was over. 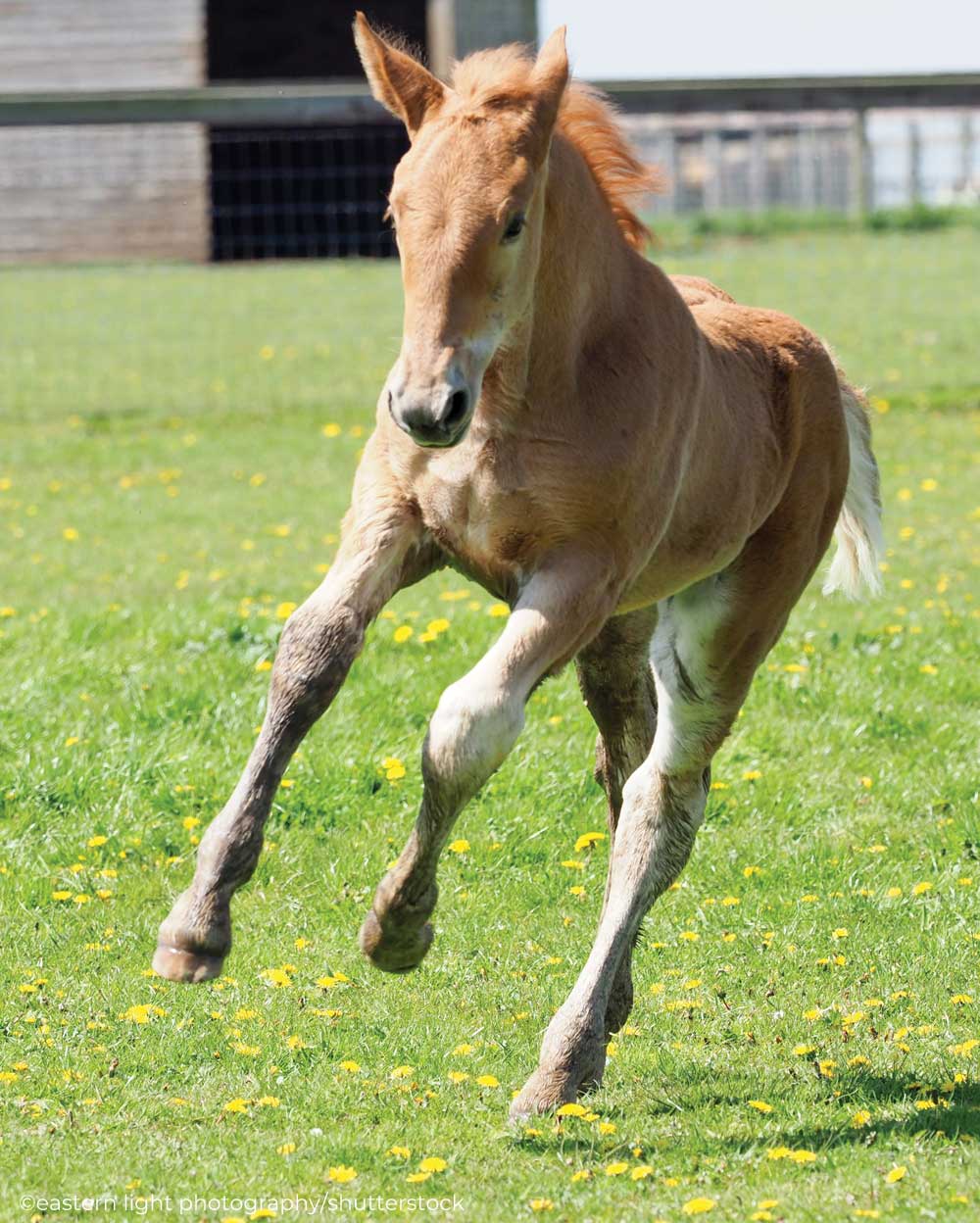 Mother and baby did well over the next few weeks, and

I sent several bills to Evelyn, all of which were ignored. Finally, I called her. I was thrilled that her mare and foal had both survived the awful situation, and I admit, I was feeling a little pleased with my amazing vet skills. Surely Evelyn would have some high praise for me as well as some money to take care of the bill.

“Hello, Evelyn. Have you been receiving my bills? I haven’t seen your payment.”

“Yes, I’ve gotten them,” said Evelyn. “There were some mistakes on the bill.”

I glanced through it quickly and it looked correct. “What seems to be the problem?”

“Well,” huffed Evelyn. “Your bill is ridiculous. I shouldn’t have to pay your emergency fee because you took so long to get here, and since I helped you out for free, I think you also need to discount your professional services fees or at least pay me an hourly rate!”