Read on to learn about a veterinarian and their experience with administering horse strangles through an intranasal vaccine.

I wiped my wet face with the sleeve of my shirt as I stepped away from the horse that was now facing me. His upper lip was flipped up and his head was high in the air, his owner standing behind his shoulder holding the very end of a long lead line. The horse pivoted with me, dropped his head and snorted another flood of droplets into my face.

“Please hold him still!” I barked at the woman. She made no attempt to gather up the lead line, so I retreated to my truck for a towel. 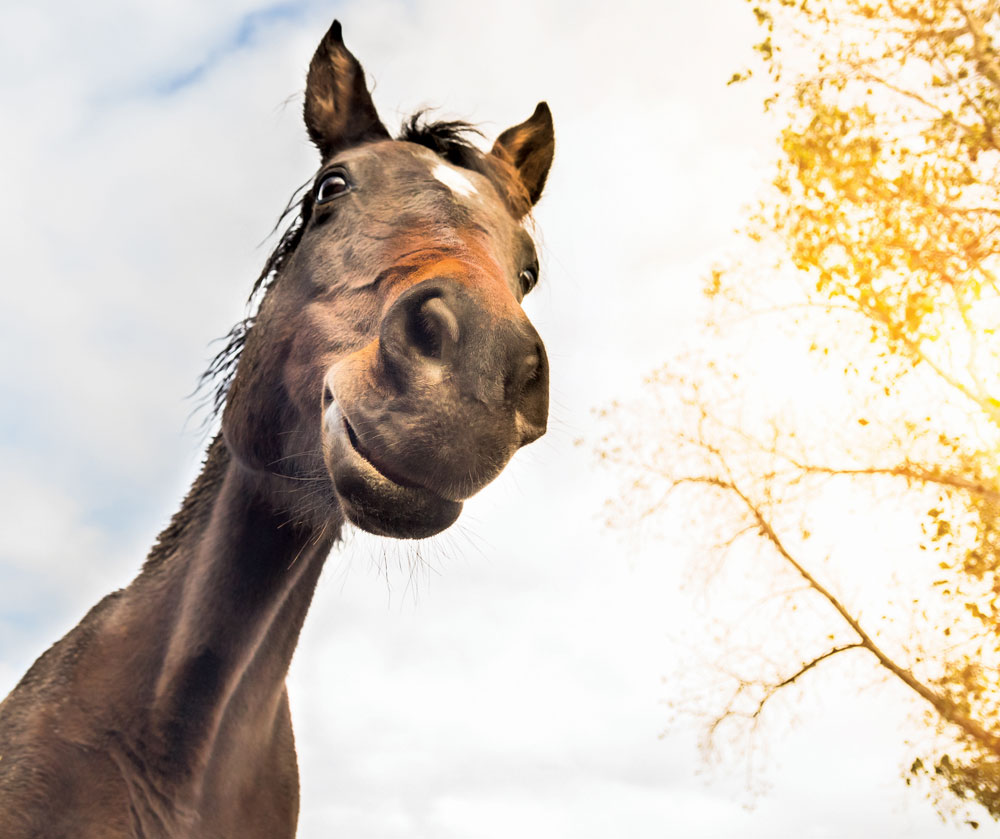 The intranasal strangles vaccine that I’d just given to the horse was a liquid preparation of modified live bacteria. There were two vials that had to be mixed together, and I always wore gloves for that. Then, 2 to 3 ccs had to be delivered with precision up the horse’s nose. The packaging stated in several locations that the product was not for intramuscular injection; it was to be given intranasally only.

The administration had to be quick: shoot the mixture up the nose, then hold the horse under the chin and tilt his muzzle to the sky. This causes the liquid to flow to the back of the throat for contact with the nasopharynx, and is easier said than done.
Many horses were wise to my tricks and would dance around the stall, head cranked up and out of reach with their upper lip in the air while I chased them pleadingly with the loaded syringe in my hand. It was hard to say who loathed the product more, me or my equine patients.

Although there is an injectable version of the vaccine, at the time it was known for causing painful swellings at the injection site. One company had come up with a version that was meant to be injected into the inside of the upper lip, although I don’t think it ever reached the market.

Since the intranasal spray was dramatic enough, I could only imagine what my patients would make of an upper-inside-lip injection. However, the vaccine was better than a herd outbreak of strangles, so I continued to recommend the intranasal version.

It was the policy of my practice never to administer the intranasal if other injections were to be given the same day, as it could cause abscessing of injection sites if it got through a break in the skin. Considering this, I wondered what my double strangles vaccine facial was likely to do to me. Some had gotten in my eyes, in my mouth, and there was also a definite trickle running down the front of my shirt.

To be safe, I called the manufacturer, who mentioned something about a bacterial conjunctivitis reported in one or two humans, so I flushed my eyes copiously with sterile saline and reached for the clean shirt I kept stashed in my truck.

When I’d finished pulling the shirt over my head, I looked up to see the horse now standing at the back of my truck, the owner behind him, and the lead rope on the ground. Before I could react, he took a deep breath and delivered another wet blast directly into my opened vet unit. I groaned as cases of needles and boxes of syringes were sprayed with the bacterial mist.

It took the rest of the day to clean out my truck and decontaminate my supplies, and while I didn’t develop bacterial conjunctivitis, I had a weird lingering headache for the remainder of the day.

The next day, my morning appointment called. “Doc, I don’t need you today. We got all of the horses vaccinated ourselves.”

I checked my book. “I had you down for strangles vaccines today.”

“Yep!” said my client happily. “My neighbor gave us the three doses.”

“Which version did you use?” I asked.

“The kind that you mix together in those little bottles. But the horses were all good for the injections!”

“Hang on. Did you say you injected it?”

“Sure did, Doc! We can do our own injections just fine.”

“I’m sure you can,” I said wearily. “But you’ve just injected a live bacterial product that was meant to go up the nose, and your horses are going to develop large injection-site abscesses.” They tried administering a strangles intranasal vaccine

It took us two weeks to get the horses fixed up, and the resulting vet bill was far larger than what it would have cost for me to administer the vaccine properly. The drug manufacturer was helpful, even though I could feel them rolling their eyes over the phone, and the horses all recovered.

I spent a lot of time lecturing the client about following the label instructions and not trying to play vet anymore.

A few days later, he called me.

“Hey, Doc, here’s the thing. Since my horses all had a vaccine reaction from that stuff, the drug company should have to pay for you to come out and treat them, not me. So just send my bill to them!” 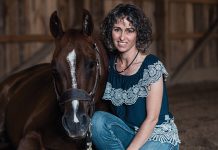 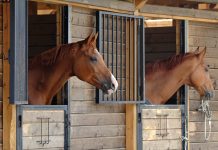 Interior Design with an Equine Twist