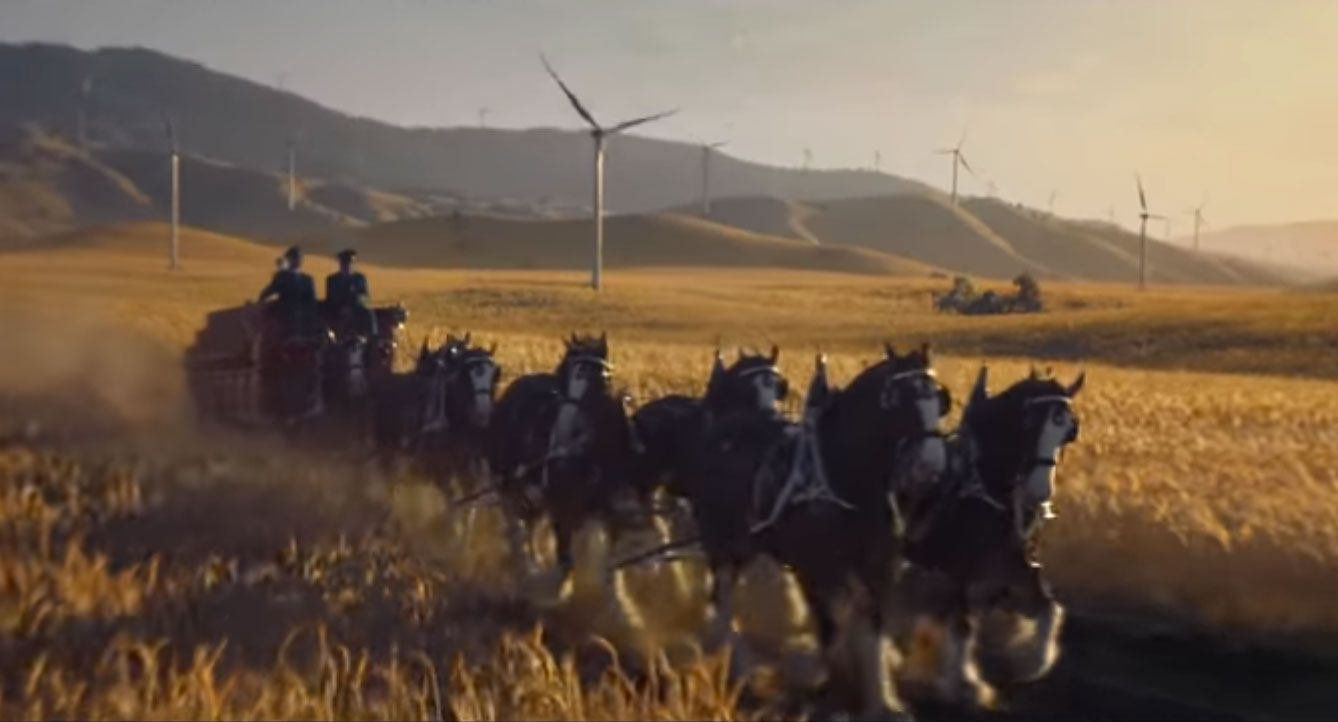 The famous Budweiser Clydesdales have been relegated to the background of Anheuser-Busch’s Super Bowl ads for the past couple of years as the company focused its messaging more on the beer and less on the mascots. This followed a trio of famously emotional Super Bowl ads from Budweiser that ran in 2013, 2014, and 2015, featuring the Clydesdales, their kind-hearted caretaker, and an impossibly adorable puppy.

Prior to those, the Bud ads were known for being among the most entertaining of the Super Bowl commercial lineup, and often featured supporting players like dalmatians and donkeys alongside the majestic Clydesdales.

This year’s 2019 Super Bowl ad makes use of a cute puppy and some gorgeous scenery with the iconic Budweiser Clydesdale hitch. Budweiser is using this 30-second spot to promote its use of renewable wind power to brew its beer. Anheuser-Busch says that Budweiser is now brewed with 100% renewable electricity from wind power.