Would you be able to stop your horse if he spooked and took off? “Most of us prefer not to jump off a running horse,” says reining champion Stacy Westfall. “Being able to stop is a huge part of being safe on a horse. For me, it also contributes to having a great ride. If I feel like I’m sharing the power and I’m an extension of my horse’s body, then it’s fun. If I feel out of control, it’s not fun.”

Making sure your horse has a solid whoa means more enjoyment and confidence for you as a rider. It also creates a foundation for performance stops, such as those required in the competitive reining arena that has made Westfall and her horses so famous.

Westfall teaches her horses to whoa four different ways: with one and two reins, with leg cues and with a verbal cue. Each of these methods should work independently of the others.

The one-rein stop is like an emergency brake that stops your horse by steering him. “It’s a technique you should have available at any time,” says Westfall. “You don’t want to practice it every day, but you should know how to do it.”

This stop relies on the rider’s ability to pull the horse’s head to one side while pushing his hips to the opposite side. This causes the horse to plant his front feet and stop his forward motion. To teach your horse the one-rein stop, start on the ground, following these steps: 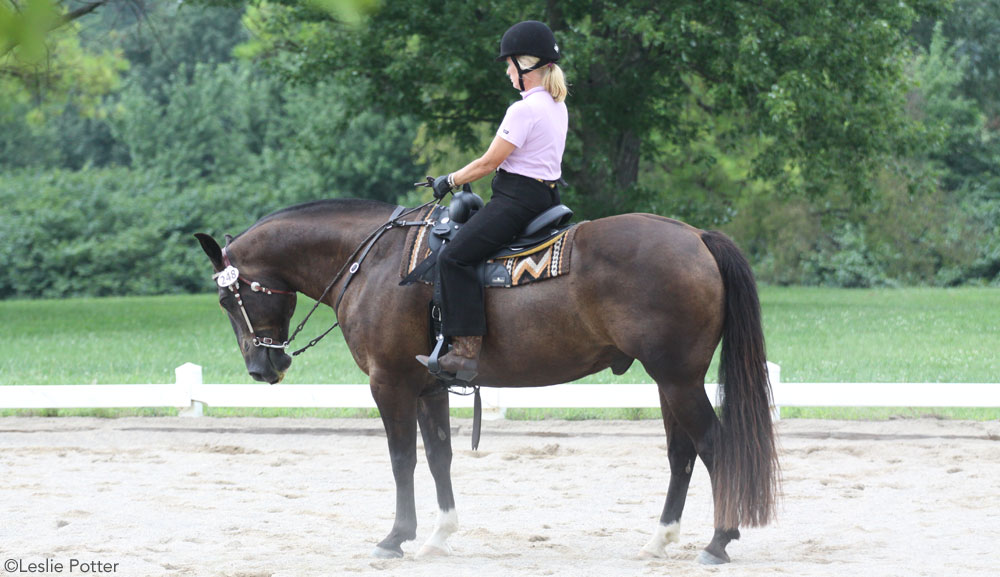 When you and your horse have mastered this on the ground, try the exercise mounted:


“Sometimes people feel like they’re being mean by drawing the horse’s head all the way around to the saddle,” says Westfall. “But if you have ever watched a horse bite at flies, you’ve seen that he can comfortably reach his sides with his mouth.”

While the one-rein stop provides an emergency stop, the two-rein stop can help you slow, stop and back up under any circumstances. Even pressure on both reins encourages your horse to remain straight during the stop, which is necessary for advanced maneuvers. It also helps improve your horse’s ability to use his hindquarters well.

Try the following exercise at the walk:

Whether you’re aware of it or not, you use cues with your body every time you ride. Intentional body cues, however, make the most of your horse’s ability to anticipate your requests. Your legs, for instance, can communicate a lot more than just “go faster.”

“I got a letter once from a customer who had been teaching her horse leg cues from one of my training DVDs,” recalls Westfall. “One day, her horse rubbed his bridle off on a gate and started heading for the barn. Using the leg cues that she had learned, she asked her horse to stop. She had another way to communicate with her horse and was able to safely hop off.”

In order to teach the whoa with a leg cue, your horse must already know the two-rein stop. Try the following steps:

According to Westfall, most horses figure this out within one ride, even if they are only backing up a little bit. The key is to get to the point where you can wave your feet without needing the reins on standby. After you’ve mastered this at the standstill, try it at the walk, and then at the trot or lope. Your horse will begin to anticipate your leg cue, and you won’t even get to the bumping stage. At that point, you can use the leg cue for downward transitions, such as going from an extended trot to a jog, without the reins.

“I save the verbal whoa for after I’ve taught the rein and leg cues because it’s the only one of the three ways that can’t reinforce itself,” says Westfall. You can keep tapping with your legs until your horse does what you’ve asked, and you can keep applying pressure with the reins until he backs up. However, with the verbal whoa, even if you say it louder, it’s still just “please stop.”

Follow these steps to introduce the verbal whoa to your horse:

If you have four separate ways to ask your horse to stop, you have a much more sophisticated way to communicate with him. You also have a lot more control when the unexpected happens, not to mention a much greater chance for a safe outcome. 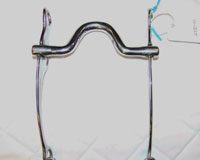