Home Horse Riding and Training Western Riding Ask the Expert: My Horse Pulls When I Ask for a Stop

Q: My horse pulls on the reins when I ask him to stop. How can I fix this?

A: If a horse is pulling on the reins during a stop, he either doesn’t know how to stop correctly or there is a problem with the way he’s being asked. As a result, your horse has learned that pushing back gives him some relief, and it’s become a habit that he needs to unlearn. 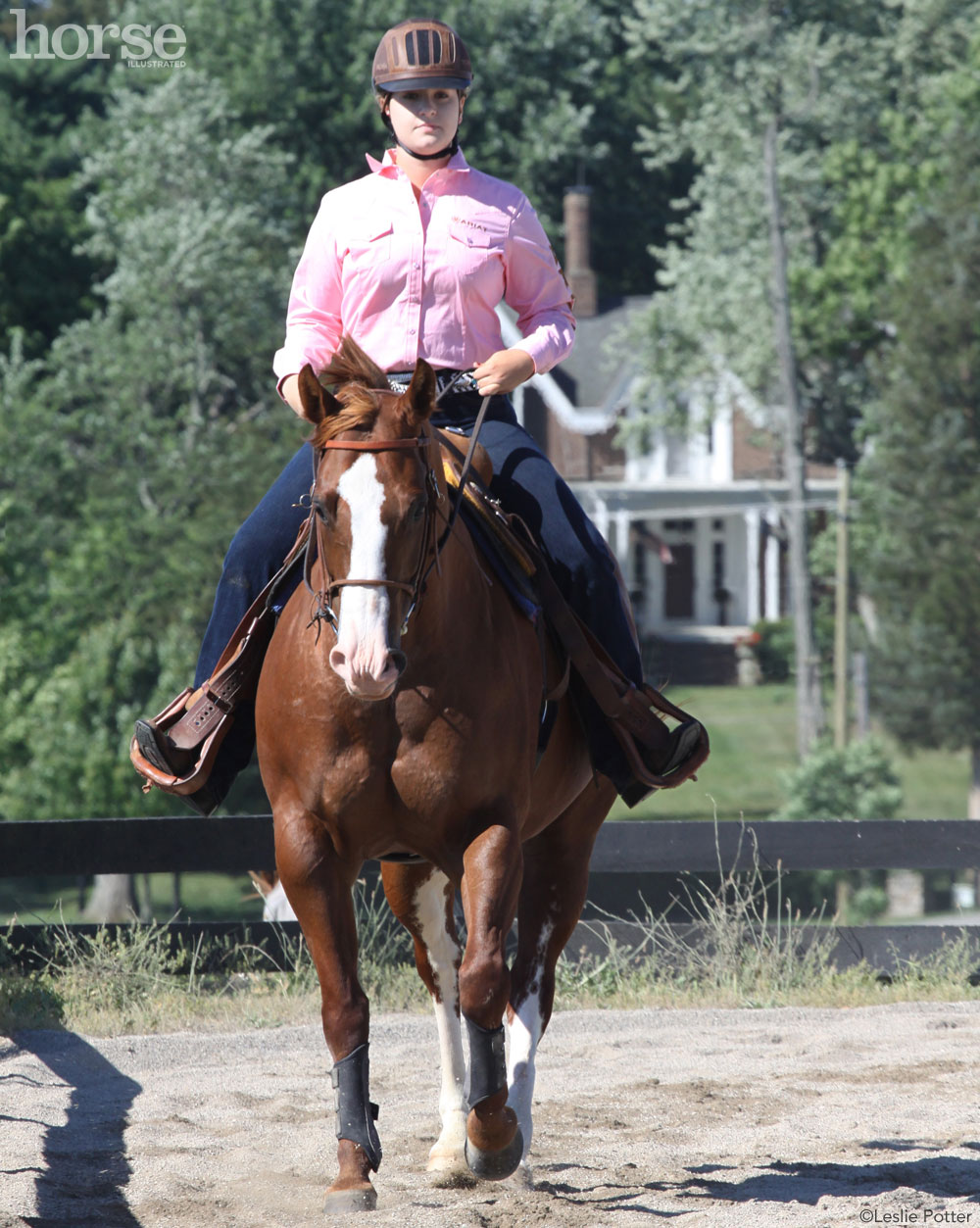 First we need define how the stop works for your horse. A stop is the cessation of all forward movement. It should originate in his hindquarters, the driving force behind all balanced equine motion. In order for your horse to stay light on the reins during a stop, he has to stay balanced over his hindquarters and step forward into it. Look at the ultimate version of putting on the brakes, the sliding stop, as an example of how a horse uses his hind end. No matter the speed, the principle of the halt originating in the hind end remains the same.

Problems arise when you use the reins alone to shut down your horse’s forward motion. This prevents him from getting his hind legs underneath him, putting him on his front end. If pressure in his mouth is the first, or only, cue your horse receives when he’s asked to stop, he has little choice but to fall against your hands. Pulling harder on the reins makes it even worse by compressing your horse’s spine and bringing his nose into his chest, making it easy to see why he wants to tug back and find relief.

Retrain your horse to stop without pulling by restoring his balance. Ride with two hands on the reins, preferably in a comfortable, smooth snaffle. Allow your horse to walk forward on a loose rein. Prepare him for the stop by exhaling fully, saying “whoa,” gently pressing your feet into the stirrups, and lowering your heels. If your horse doesn’t halt within a count of “one, two,” shorten your reins until you feel light contact with the bit. Then slowly and softly close your fingers on the reins.
This will give him a chance to walk into the bridle and come to a stop. If he pulls on you again, send him forward into a tight U-turn.

Keep your horse moving forward while he’s turning. Driving him onto a bend will engage his hindquarters and reduce the weight on his forehand. Once he relaxes and steps forward into the bend willingly, he should also become lighter in your hands. At that moment, repeat the stop-cue sequence. If he doesn’t stop, send him back into the U-turn. Once he masters the stop at the walk, use this same technique to improve his stops at the jog and lope. Old habits are hard to break, but with a little time and patience, your horse’s days of pulling will soon be behind him.

Dale Rudin is a CHA-certified riding instructor and clinician with a mindful and balanced approach to horsemanship and riding. www.un-naturalhorsemanship.com