Performing in trail classes sounds so easy — after all, you aren’t actually out on the trails battling wild creatures and dangerous ditches or fallen trees. You’re riding in a nice, safe arena, on soft footing and around contrived obstacles. And the obstacles — a bridge, poles, gates and cones — seem so unimposing. How much skill could such a class involve? 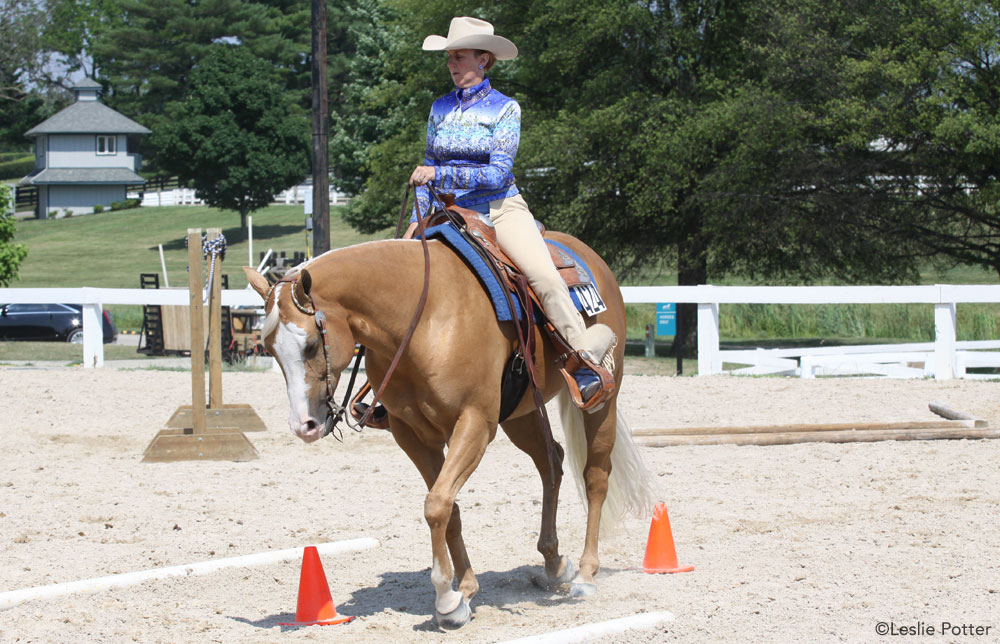 As a matter of fact, with today’s courses focused on technical difficulties and less on dangerous or fearful maneuvers, you’ll need a high level of riding skill if you want to ride out with a blue. While competitors’ abilities do vary, you’ll see that winning riders have spent endless hours honing their communication with their horses and perfecting the small details many overlook as unimportant.

But this doesn’t mean you can’t take home your share of awards. If your horse has the course basics down, you can polish your performance to a winning shine by following these tips from LaRae Fletcher-Powell.

Queen of the Trail

With four Canadian and three U.S. National Championships in trail, LaRae Fletcher-Powell is a dominant, international force in Arabian trail classes. It is not uncommon for this Auburn, Washington, trainer to arrive at a regional show with as many as 15 horses in tow and end up filling most of the top-10 slots. And while she is the undisputed queen of the trail class with the Arabian breed, like many successful performance trainers, LaRae wears more than one hat.

But she doesn’t just switch off between Stetsons and hunt caps. When she’s not taking the ribbons home to her training facility, Silver Aspen Ranch, she’s the one doing the pinning — as a rated judge for both Arabians and Appaloosas. Her dual career gives her an edge in both: As a competitor, she has a more thorough understanding of how to avoid inadvertently falling into disfavor with judges. As a judge, she has not only a deeper empathy for exhibitors, but a more watchful eye when scoring their performances.

From this bifocal perspective, LaRae has gained some valuable insight into how riders can improve their trail scores through subtle showmanship and equitation details. She knows firsthand that it’s the little things that separate the blues from the reds.

Trail classes have changed a lot since LaRae first began exhibiting at the age of 6. “There aren’t as many hazardous obstacles, because show management is a lot more concerned with liability than they used to be,” she says. “The emphasis now is more on technical difficulty.”

Gone are the days of seesaw bridges and bear hides to drag past tethered billy goats. Most trail classes don’t even include the offside dismount and remount any more. What has taken their place is more complicated jog- and lope-over poles, narrower back-throughs and exacting gut changes. Arabian shows in particular have tended to err on the side of safety.

Competitors at Arabian shows have the advantage of being able to walk the course before the class starts. Any questions for the judge can be asked at that time, and this is a good opportunity to assess variables such as footing, spacing distances between poles, bridge height, the type of latch on the gate and so on. Like walking a cross-country course, this helps take some of the guesswork out of the performance.

The International Arabian Horse Association recently adopted judging standards for trail classes at national and regional levels, which removes some of the subjectiveness. LaRae was on the committee that established the new criteria and says it’s designed after the scoring system used for reining patterns: Each horse starts out with 70 points and gets automatic deductions for mistakes such as hitting a pole (-2 points), breaking gait (-5 points), refusing an obstacle or falling off the bridge (-10 points).

As in reining or dressage, a scribe fills out a scorecard of the judge’s verbal comments, so the judge never has to look away from the performance. Small inconsistencies that may have been missed under the previous system are more likely to be noticed. As a judge, LaRae appreciates the thoroughness the new system provides. And as a competitor, it makes attention to detail even more critical. Now more than ever, every point counts. 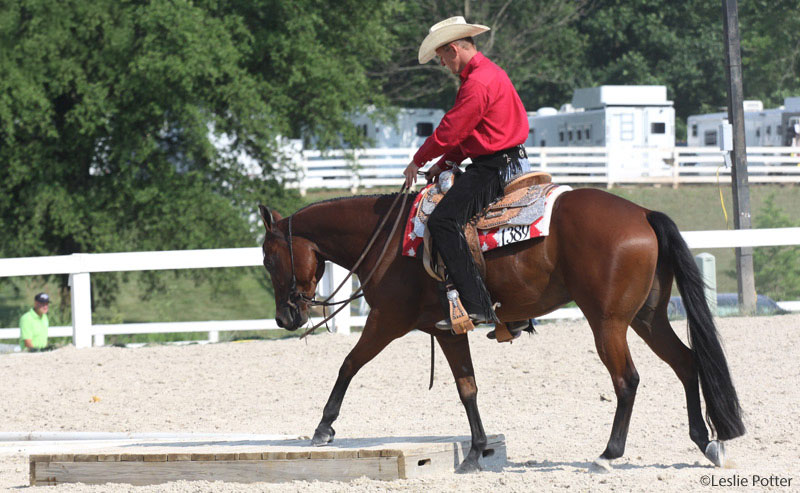 So how can you snag the most points with a consistently flawless winning impression? Listen up as LaRae walks the course with you and gives her tips for perfecting a trail-class performance.

The Sum of Parts

Part of the trail-class allure is that courses are never the same. But the basic training elements needed to negotiate each obstacle never change. Practice, composure and attention to detail can make the difference between an also-ran and a shining star.