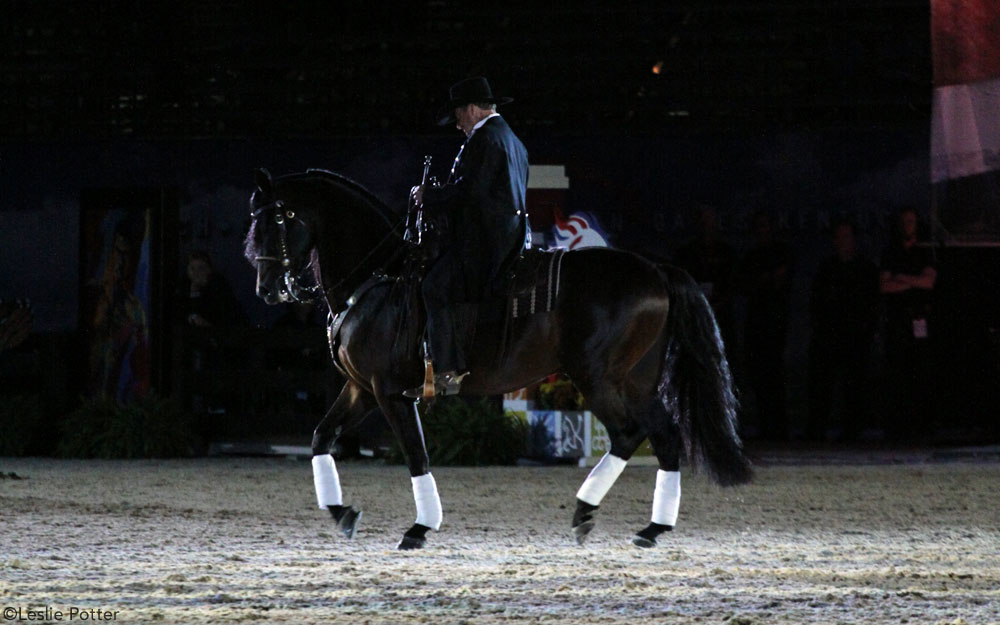 Western and English riding have always had their differences in style and technique, but they find common ground in a new discipline that’s making its way into the mainstream. Western dressage melds horsemanship techniques used by the vaqueros with classical dressage training to improve the modern western horse’s performance.

Historically, the American West was known for its focus on getting a horse ready to work as quickly as possible, often using methods that would be considered heavy-handed or cruel today. After all, there were jobs to do—pushing thousands of cattle to market or managing huge ranches.

In contrast to this approach, vaqueros and expert spade-bit horsemen valued the time it took to create a great horse and the partnership that resulted. Their training was measured not in hours or days, but in years. As if tied by a kindred thread, horsemen an ocean away had been using a similar approach for hundreds of years in what’s now known as classical dressage. Born of cavalry maneuvers, this discipline emphasizes harmony between horse and rider.

“Good American western horsemanship, historically speaking, is quite a new development,” says Jack Brainard, lifelong horseman, trainer and judge, who serves on the Western Dressage Association of America’s (WDAA) advisory board. “That said, talented American horsemen have been training their western horses with similar methods for years. Even if they didn’t call it dressage, they were using this approach of creating a solid foundation of cadence and suppleness, leading eventually to collection and self-carriage, to help a horse do his job better and stay happier and sound over many years.”

No Shortcuts to Good Training

While a long-term approach to training has been proven over generations, somewhere along the line, many western disciplines began focusing on starting young horses earlier and showing them sooner.

“One of the things we used to be proud of in the western divisions was that we thought we could produce a well-trained horse in 30 days,” says Eitan Beth-Halachmy, whose use of dressage methods resulted in a long, successful training career in the Morgan horse arena with numerous world and national championships in western pleasure. His study of classical riding as a young man influenced his training, enhanced his success in the show-ring and led to his development of Cowboy Dressage—using dressage methods to help western horses show joy in their work and become athletic, soft and naturally collected.

“We’re also now in an age of specialization in the horse industry, and money is a big reason for this focus,” adds Brainard. “Whether it’s reining, cutting, barrel racing or another area, horse owners often can’t wait to get their horse to the show-ring or futurities so they can start earning some money.”

By applying western dressage methods, one starts to see that time limits have no place in the proper training of a western horse. “I want to reverse the notion that we can produce a trained horse in 30 or 90 days,” says Beth-Halachmy. “Dressage’s emphasis on improving the horse over time is what we are borrowing from the discipline: to have patience and the ability to see what the horse will be in four years, not in 90 days.

Although top western horsemen and women have used classical dressage techniques for many years, there hadn’t yet been an organized effort to recognize this approach as a discipline.

After Brainard saw Beth-Halachmy’s Cowboy Dressage on a video, the two struck up a friendship and eventually concluded that this approach was important to the future of the western horse. “After I got to know Eitan and we compared notes on training, I realized that dressage methods were the best way to train a horse—English or western,” says Brainard. “The improvements created by using dressage proved to me that old-world horsemanship was not a thing of the past, but a key to the future.”

Together, Brainard and Beth-Halachmy were influential in the establishment of the nonprofit, volunteer-run WDAA in 2010. The vision: to create a new association focused on the betterment of the western horse over time through the proven approach of dressage training.

Brainard agrees. “We are not trying to promote some novel or exotic form of horsemanship through the creation of the WDAA,” he says. “We are only trying to remind horse lovers that there are some methods, techniques and ways of training our horses that were in use long before the western horse and cowboy appeared on the scene, and these old methods have been proven over hundreds of years.” 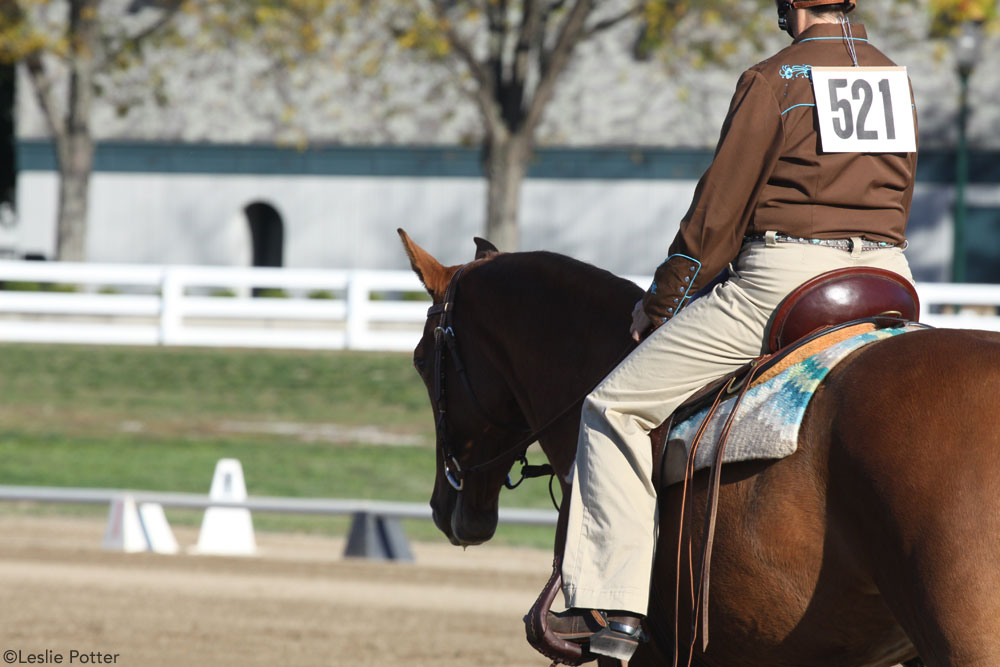 Benefits for Riders and Horses

Creeky Routson, United States Equestrian Federation (USEF) “S” dressage judge and “R” sporthorse breed judge, points out that western dressage is similar to English dressage in that it uses the training pyramid as a model for progress, focusing first on the basics of rhythm, suppleness and contact, and then advancing to developing impulsion, straightness and collection. This process creates a balanced and agile horse that is fun to ride.

“I think western dressage will really help horses and riders enjoy a longer, more satisfying relationship,” says Lyn Ringrose-Moe, United States Dressage Federation “L” judge, who was exposed to stock horses and cattle work growing up in Mariposa County, Calif. “It provides a framework for improvement and allows novice and advanced riders a chance to take the time to really focus on their horsemanship skills.”

Western dressage is a great place for amateur riders to start or return to showing. “They can stay at the walk/jog level until they are comfortable with loping, and they can use two hands on the reins,” says Debbie. “The partnership with your horse is what matters.”

Fancy show clothes and silver tack are not needed. A clean, attractive presentation is important, but good working tack is certainly appropriate.

Jill Smith, an amateur rider from California, began showing her Morgan horse BEF Ivan in Morgan performance classes just a few years ago. She found the experience fun but frustrating, since she was judged against younger, more experienced riders.

“In western dressage, however, it is just you and your horse working to complete the test patterns in the best manner that you can,” says Smith. “I have loved every moment, even when my older brain sometimes forgets the pattern. With each test, I can track my progress in specific areas and work toward improvement.”

If you’re interested in western dressage, joining the WDAA is a good first step. The organization’s website has information on training, events, tests, rules and more. Affiliate WDAA groups have been created in Colorado, Minnesota, Texas and California, with more in the works. Canada has an international alliance with the WDAA, and several other countries have shown interest, including England, Norway, South Africa, Australia, New Zealand, Germany, Poland, France and Italy.

Western dressage has been accepted as a discipline by the USEF in the Morgan breed division. Additionally, the WDAA has formed alliance partnerships with Saddlebred, Friesian and pinto horse associations to educate riders and promote participation in western dressage.

Western dressage is perhaps best described by how it feels. “For me, western dressage is freedom,” says Debbie. “It is coloring outside the lines and marching to your own drum, but most of all it feels like art. It’s not about competition; it’s about the harmony, peace and partnership that evolves between horse and rider when you start exploring.”

As a modern training approach with its roots in centuries-old techniques, western dressage is not a quick fix or a road to riches in the show-ring. “It’s about good horsemanship and elevating your riding,” says Eitan. “It’s the melding of European methods with cowboy creativity and the spirit of the West, enjoying the journey from A to X, and then heading outside the arena gate.”

FEI World Cup Finals 2020 in Las Vegas Cancelled Due to...