A lesson with Svetlana Gorski

This week I had my lesson with Svetlana Gorski. I was really nervous to be riding in front of such a talented rider, but the more we worked, the more comfortable I became. The lesson was mainly focused around the second level movements. I’m competing Test 2 at the Global venue near the end of my time in Florida. We walked through the test first, because you can pick up on smaller details that way. It was all about when and how to prepare for things, correct geometry, and movement accuracy. For instance, every halt or transition needs to be thought about and assisted by slowing Brumby’s gait down and using my core so she doesn’t fall down into the next gait or halt on her forehand. Every shoulder-in needs preparation time in the corner so I can get lots of bend around my inside leg to bring Brumby’s shoulders off the rail and towards the inside of the ring. Everything in the test requires concentration and thought. Svetlana kept telling me to kill (walk with intention) the letter I was walking towards in my free walk. Brumby was surprisingly tired after that, but it was all because I rode the test as if I wasn’t walking. Svetlana and I then worked on lengthening and shortening her trot and canter stride, as well as stretching Brumby’s topline out. 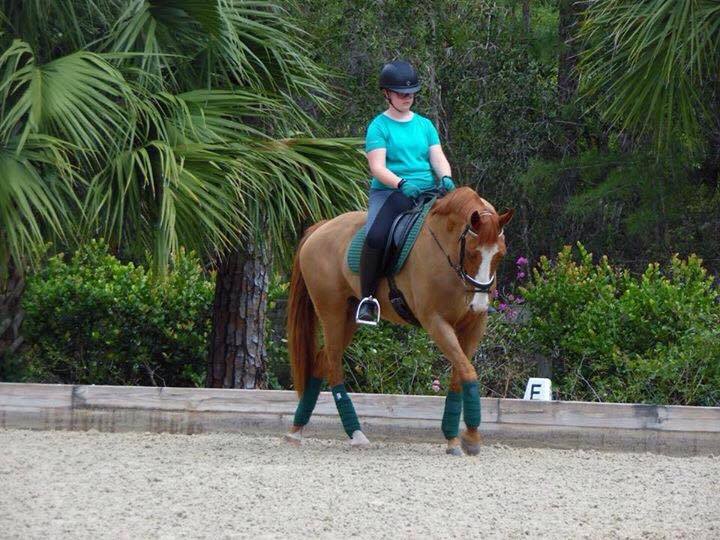 Emma and Brumby practicing their test for their Florida competition debut.

Something important that Svetlana noticed about my position was my inability to move my hips. I’m not as flexible as I could be, so she gave me a big yoga ball to take back to our barn and practice stretching on. You’re supposed to mimic the horse’s gaits on the yoga ball, and then ask for movements as if you were on the horse. It is hard because you have to recreate the horses gait and then move your hips and legs like you’re asking for a specific movement. I used the ball before I rode, so my hips were stretched out once I got on. I must have some degree of hip flexion for the things I’m asking Brumby to do. You can’t do shoulder in, haunches in, or flying changes with straight hips. When I return home, I’ll add the ball to my exercise program, because flexible hips are vital to my riding performance.

On Friday night, we went to another Friday Night Stars competition at the Global Dressage Festival. There were a lot more entries in the musical freestyle competition this time than the last one we went to. We saw Jan Ebeling, Laura Graves, Kasey Perry Glass, Dawn White-O’Conner, and many more of the big names. Every single time I go I can never get over how amazing it is to watch these people warm their horses up. They are riding at the highest level of competition and still they are warming their horses up with the same movements I use, stretching, lateral work, slowing and lengthening gaits, and bending. Then it gets a bit more complicated as they get into the Grand Prix work. My trainer, Meghan has been talking to Kasey Perry Glass for a while now, and we planned to meet up after her ride. Kasey is part of the Olympic Dressage Team and they brought home the bronze in the Olympic Games last year. She and Dublet had a phenomenal ride. She earned second place that night with Laura getting first and Steffen in third. Kasey has agreed to come and give Meghan and me lessons next week, which I was overjoyed to hear about. The thought of having a lesson with such an amazing rider is an honor and I can hardly wait for Tuesday! 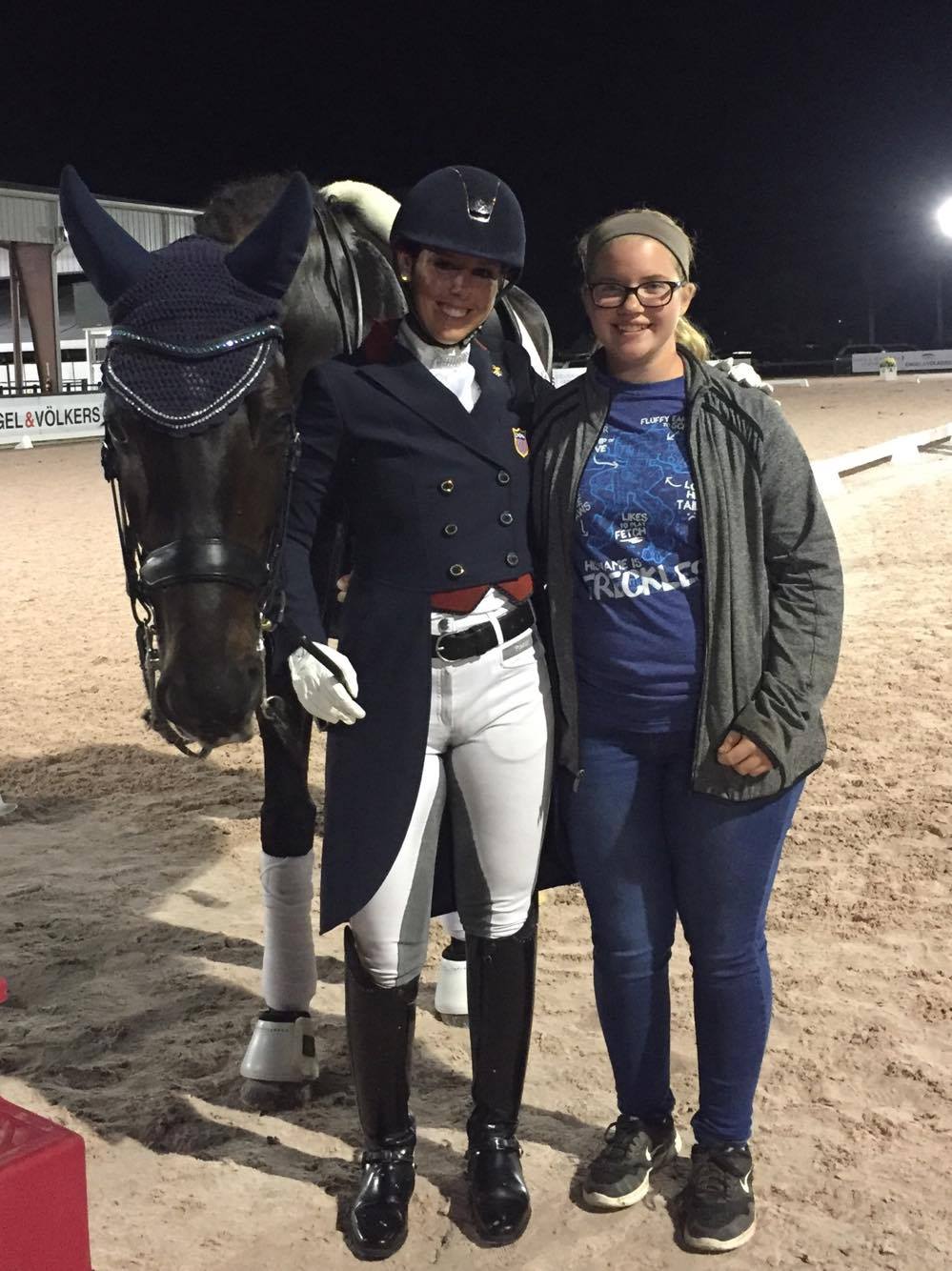 Emma got to meet Kasty Perry Glass, one of her dressage role models, at Friday night Stars!