The Morgan has always been a versatile breed, a trait that began with its famous founding sire, Figure, in the late 1700s in Vermont. When the tough little bay stallion wasn’t pulling his owner Justin Morgan’s cart, carrying President James Monroe in a parade or plowing a field, he was winning races all over the state. It wasn’t long before mare owners were begging to use him as a breeding stallion. Today, Figure’s ancestors show the same soundness, showy gaits and courage that he possessed.

We chat with two young riders who are the proud owners of very busy Morgan Horses!

Lauren Santoro, Conn., has been a fan of Morgans since she was a little girl.

“My mom, Shannon, bought Sunny Acres Most Wanted (Jesse) when I was 4 and he was 3,” remembers Lauren. “We grew up together. I’m 14 and he just turned 13. He’s taught me so much over the past 10 years. I started off by showing him in lead line classes and then progressed to walk/trot where I showed him in both hunt seat and western divisions. 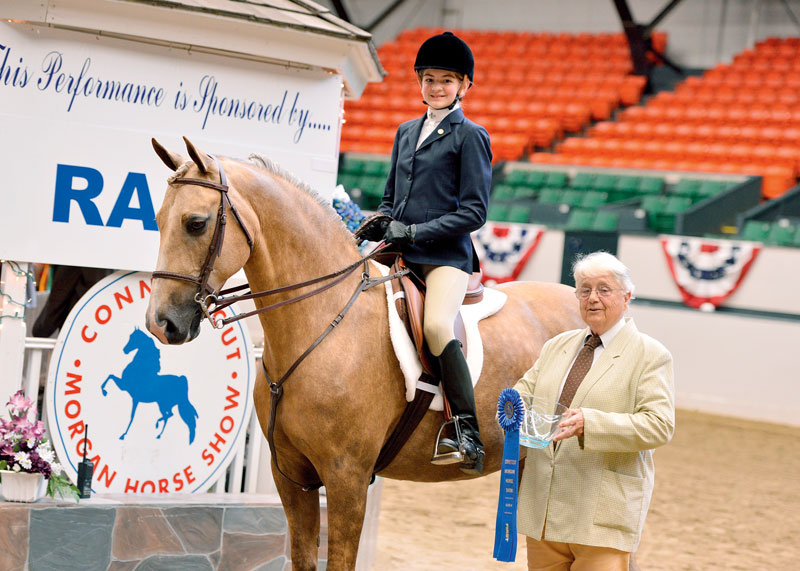 “Jesse’s not a show-off in the arena, but he listens to me and he always tries his best,” says Lauren.

“Riding without a bridle is so much fun,” says Lauren. “It’s a great way to work on my seat. It didn’t take much training, just an empty ring, a strong pair of legs and a close bond between horse and rider.”

Lauren is also going to learn how to drive Jesse this summer.

Lauren thinks Morgans are a great breed for kids.

“They are reliable, sure-footed, versatile horses with enormous hearts,” says Lauren. “They are happy being ridden, driven or dressed up in costumes! Morgan Horses will do anything in their power to keep their humans safe and happy.

“I’ve ridden other horses, but none of them compare to my Jesse,” says Lauren. “He’s like a big puppy.”

Mitch Walker, Md., is a member of the Howard County Pony Club. When Mitch was just about to outgrow his 12.2 hand Welsh Pony, Spud, he spotted an advertisement for a Morgan Horse mare on the United States Pony Club website.

“My mom remembered ‘Tammy’ from a show jumping rally where she did very well,” remembers 12-year-old Mitch. “I tried her with my trainer and we liked the way she jumped. I wasn’t looking for a Morgan, but Tammy was experienced and reliable. 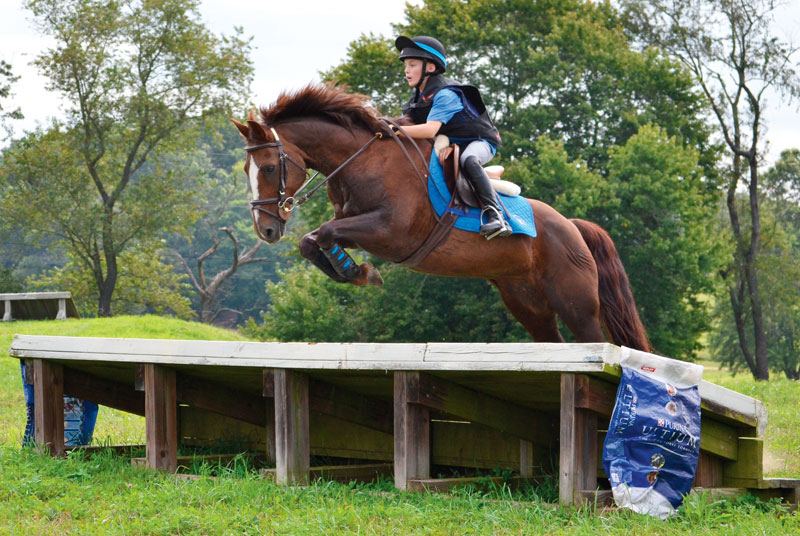 “The first thing I noticed about Tammy when she arrived was her big, beautiful tail. I have to wash it many times for Pony Club rallies. It’s always a challenge to get it clean before horse management inspections!”

“This winter I worked on dressage a lot so I could place higher in events,” says Mitch. “I’m also a member of the Glenelg Equestrian team and I compete in hunter shows.”

“I think its Tammy’s too,” says Mitch. “She’s a very athletic jumper, and she tucks her knees super high.”

Tammy is 18 this year, but Mitch says she hasn’t slowed down at all.

“She has big, brown eyes that look at everything,” says Mitch. “She’s very well behaved and eager to please. Tammy’s great at finding distances to the jumps, and she’s good at getting her leads.”

Morgans are intelligent and reliable,” says Mitch. “They’re athletic and strong, but they also can be graceful.”

For more information about Morgan Horses, check out the breed’s website at www.morganhorse.com.