At the United States Military Academy at West Point in New York, the academics are tough and the days are packed. The United States Military Academy, commonly known as just “West Point,” “USMA” or “the Academy,” was established in 1806 as a military academy to train officers for the Army. For more than 200 years, West Point has maintained a distinctive rigor and discipline that sets it apart from all other colleges.

Despite the demanding schedule, West Point sophomore Moira Fontenot, who will graduate in the spring of 2017, always makes time for horses, riding and competing in the Intercollegiate Horse Show Association (IHSA).

Young Rider’s loyal reader and roving reporter, Sara Decker, caught up with Moira to see how this cadet and future Second Lieutenant of the U.S. Army balances her studies with her riding. 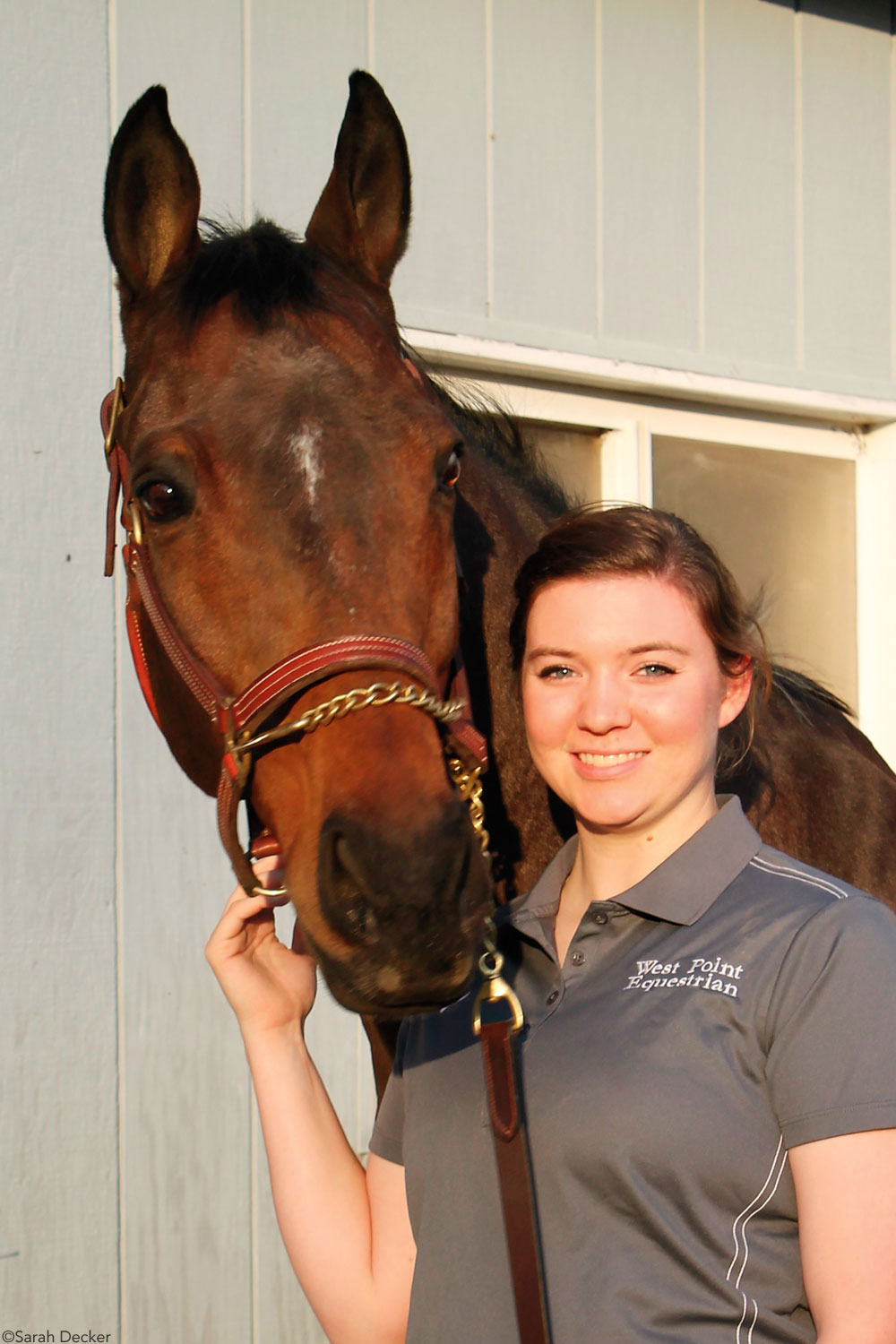 Sara Decker: What sets West Point apart from other schools, and why did you decide to go?

Moira Fontenot: West Point began as a school of engineering, but eventually expanded and started offering other degrees. It has a low acceptance rate and you must obtain a nomination, usually from your Congressperson.

West Point came into the picture kind of late for me. When I was a junior in high school, it just clicked that I could actually thrive in this environment. I realized it would give me the opportunity to be the best individual and leader I could ever be. It’s very demanding, but I wanted to be challenged daily.

SD: What kind of classes are you taking?

MF: West Point wants us to have a large base of general knowledge, so we take a lot of classes. I’ve taken many different ones, including calculus, information technology, African history and military science. I’m interested in French, international relations and kinesiology, so I’ll probably major in one of those fields.

SD: How do you fit in riding?

MF: It gets pretty tricky to fit in riding, but the riding program at Morgan Farm runs like a well-oiled machine.

We have practice every day after classes. The team is split into two groups at the start of each practice. While the first group rides, the second group takes care of barn chores, and then we switch. We usually get in 45 minutes of riding. It takes a lot of time management, but it’s worth every moment.

MF: An IHSA show is different from other shows. Instead of riding your own horse, each rider randomly draws one of the host school’s horses. There’s no warm-up time, and you mount the horse right before you enter the ring.

An IHSA rider has to learn how to ride different kinds of horses in order to succeed. As a freshman, I started in walk-trot-canter but then advanced to novice. Now that I’m in the novice division, I jump.

SD: Why have you kept riding despite your tight schedule?

MF: I’ve always loved horses and I always will. They’re the one factor in my life that I can always count on.

When I got to high school, it was really hard to balance school, extracurricular activities and spending enough time riding.

I definitely learned how to manage my time and I always made sure to go to the barn. The barn was my peace away from the craziness of high school and it’s definitely my peace from the demands of West Point. 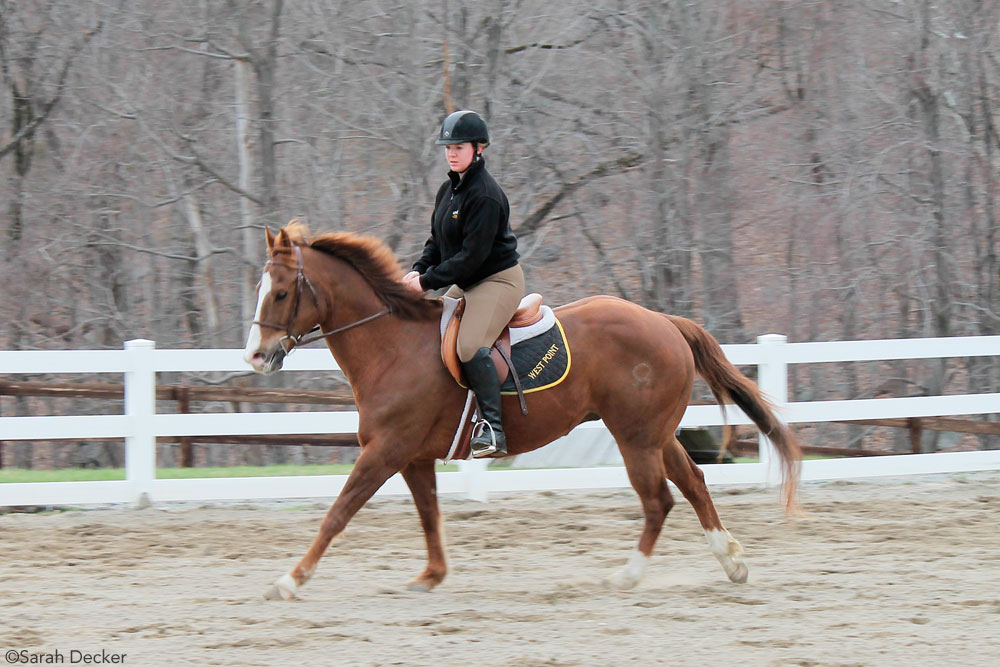 SD: Before West Point, what kind of riding did you do?

I’ve always ridden English, mostly equitation and hunters. I donated Lexi to the USMA Equestrian Team when I left for college. The equestrian team’s horses are very well cared for and I get to see Lexi while I’m at school.

SD: What will you do when you graduate?

MF: Upon graduation, I’ll commission as a Second Lieutenant in the Army. I’m not sure which branch I’ll join, but I am considering going into intelligence or becoming an Adjutant General.

After graduation, I’m required to serve five years of active duty and then three years in the reserves. I haven’t decided if I want to make a career out of my military service or not.

Play the Yo Yo Game