Getting to know the Paso Fino history starts with a little language lesson. In Spanish, paso means walk, and fino means fine. The Paso Fino is literally the horse with the fine walk!

Paso Finos can walk, trot and canter like any other horse, but they also have an extra, very smooth gait that can be performed at three different speeds. 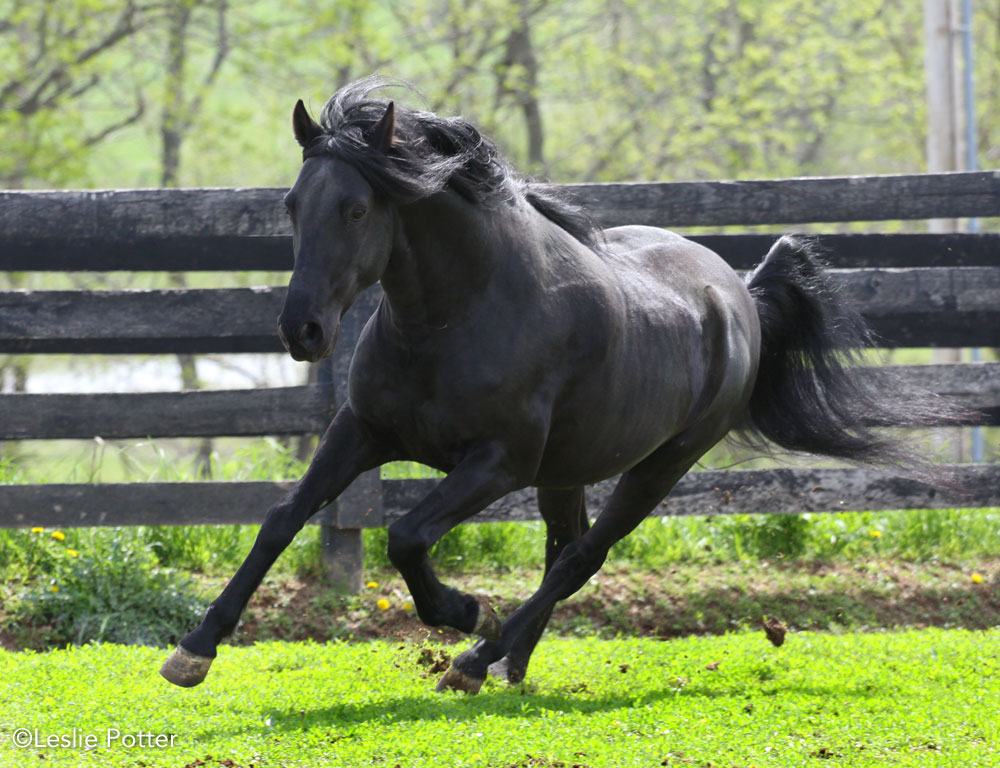 The classic fino is slow in forward movement, but the horse’s feet move really fast in short, quick steps.

The paso largo moves forward very fast but has a longer stride.
The paso corto is the medium speed, in between the fino and the largo. Speed and stride are both moderate.

At all three speeds, each foot hits the ground individually, which is why the gait is so smooth. Paso Finos can perform this gait naturally from birth without any training. There is no noticeable up-and-down movement of the horse or rider.

“Riding a Paso Fino is a dream; no posting,” says Sydney Elliot, 13, from Michigan. “I can sit and enjoy the ride as long as I keep my horse’s attention. They also have a one-of-a-kind personality with lots of spirit! Pasos never fail to make me smile, even on bad days. They have huge hearts and will give 150 percent in anything you ask them to do.”

Puerto Rico, along with Colombia, is one of the two places where the breed originated. American soldiers fell in love with the Paso Fino while stationed in Puerto Rico during World War II, and began importing horses into the U.S. in the mid-1940s. Later, Paso Finos were also imported from Colombia.

We have to go back several hundred years before that, however, to learn about the Paso Fino’s origin. When Spanish explorers arrived in the New World and settled in the areas of present-day Puerto Rico and Colombia, they brought their Andalusians, Spanish Barbs and Spanish Jennets (a now-extinct gaited horse) with them. These horses are the ancestors of the Paso Fino. The Spanish Jennet is the horse that passed on its smooth gait to the Paso Fino.

“I love the culture surrounding the Paso Fino breed,” says Ali Bedell, 18, from Missouri, who has been riding Paso Finos since she was 5. “Being involved with the breed has allowed me to go to places like Puerto Rico and witness so many new things and people.”

Besides being comfortable to ride, the Paso Fino has a lot of energy and stamina and a gentle disposition. In addition to breed shows, Paso Finos have found success in western classes like trail and versatility, pleasure driving, drill team competitions, parades and more.

Ali has been showing Paso Finos since she was 6 years old. Since then, she has been National Champion 16 times, Grand Champion eight times and High Point Youth Rider for the Paso Fino Horse Association for eight consecutive years. She was even third Reserve Champion in an international competition in 2012.

“Licenciada is one of my horses that I ride in competition,” says Ali. “She has the most playful, silly personality. She is also very smart and loves to do trails and patterns that challenge her and make her think. The other horse I show is Detalle. She has the sweetest, most gentle temperament.”

Ali competes in horsemanship, equitation, pleasure, performance and fino (showing off the breed’s gait) classes. But her favorite activities at home are trail riding and spending time pampering her horses.

“Royal Oak Shiraz is my current show horse,” says Sydney, who also owns two other Paso Finos. “She has a show-horse personality. She gets the job done in the arena and is competitive. Shiraz and I have won six Grand National titles together.”