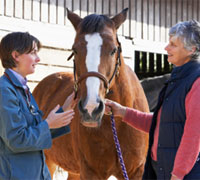 The American Society for the Prevention of Cruelty to Animals (ASPCA) is now accepting nominations for its annual Humane Awards. These awards are given to people who have made exceptional contributions for animal welfare.

The Tommy P. Monahan Kid of the Year Award is given to a youth who has shown dedication to improving animals’ lives. Last year, 11-year-old Monica Plumb earned the award for her efforts in fundraising for her local fire department to purchase oxygen masks for animals.

The Public Service Award is given to public officials, such as firefighters and police officers, who have worked for animal causes. Chief Mark Duff and the Hingham Fire Department earned one of these awards in 2009 for their heroic rescue of a Labrador Retriever who had fallen through thin ice. Officers from the Humane Society of Missouri and the Missouri Highway Patrol also earned Public Service Awards for their contributions to a massive crackdown on dog fighting.

The Henry Bergh Award was given to Alayne Marker and Steve Smith of Rolling Dog Ranch in Montana. The Ranch is home to approximately 60 animals considered to be unadoptable, including several blind horses.

In 2009, the ASPCA awarded its lifetime achievement award to former dolphin trainer Richard O’Barry. O’Barry has worked for decades to educate the public about the plight of captive dolphins and to protect dolphins from hunters in Japan.

If you know someone who has helped improve the lives of horses or other animals, click here to make a nomination. The ASPCA will be accepting nominations through June 30.